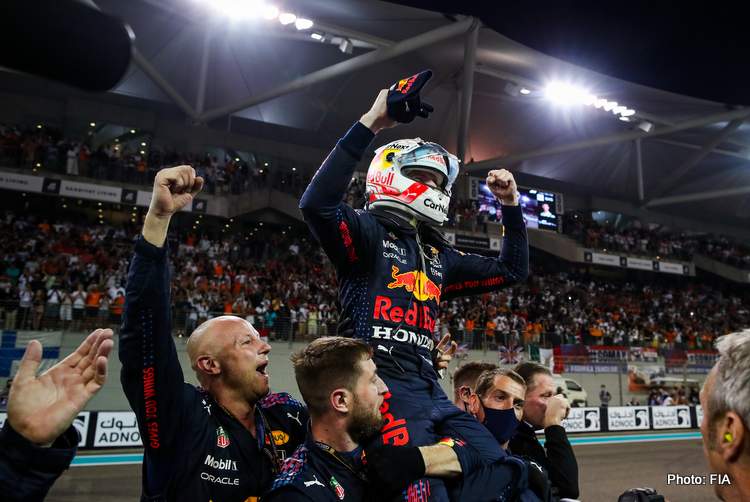 The FIA and the Stewards at the 2021 Abu Dhabi Grand Prix, have rejected the protest Mercedes have lodged post-race on Sunday, hence confirming Max Verstappen as the 2021 Formula 1 World Champion.

Those were a few nerve-wrecking hours from the time the chequered flag was waved at the end of a tantalizing 2021 Abu Dhabi Grand Prix, as Mercedes decided to protest the result of the race, not happy with the way the FIA and the Stewards managed the safety car period after Williams’ Nicholas Latifi crashed his car at Turn 14 on lap 53.

After several meetings between representatives from Mercedes and Red Bull with the FIA and the Stewards, the final decision came with both protests being dismissed and thus confirming that Max Verstappen is the 2021 Formula 1 World Champion.

Max is a deserving Champion

Christian Horner spoke to Sky Sports on the outcome of the protest: “Its’s disappointing we had to go through that.

“It’s been an amazing year, I’m proud of Max and the whole team,” he went on.

“Max has driven with heart, with passion, determination. He got a little bit lucky with the Safety Car tonight but he had to make it pay.

“We didn’t want it to end in the stewards’ room. But they have come to the right decision, we’re grateful.

Verstappen’s first words after the result of the protest were: “Have a tiny drink.”

“Have a tiny drink…”

Almost 30 minutes after the Stewards’ decision was announced, and according to Sky Sports F1, Mercedes have confirmed that they have lodged an intention to appeal the Stewards decision. They have 96 hours to formalize that.

“This is just unbelievable,” he said. “I started racing with my dad many years ago.

“We dreamed of becoming a World Champion and now we are.”

The Dutchman went on to thank his team and said: ” Thank you everyone at Red Bull racing and at Honda Racing F1 for an amazing car, you guys were amazing once again.”

And reserved some thanks to his teammate Sergio Perez saying: ” You were an animal today.”

“Couldn’t have done it without you!

“Now, I’m going to enjoy this.

“Orange Army-you were amazing once again. I hope you all enjoy this as much as I do,” concluded Verstappen thanking the thousands of his loyal fans who have followed him around races, supporting their star during his Title winning campaign.