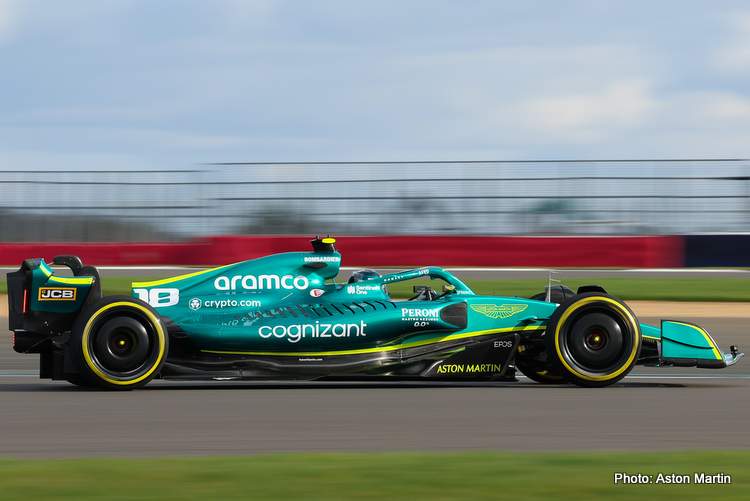 With the new 2022 Formula 1 cars taking center stage, this Tech Draft attempts to revisit my previous predictions regarding the behaviour of the new generation F1 beasts, was I right?

As the 2022 designs are launched and pre-season testing is almost upon us, I found myself reading comments in the last few days that Sebastian Vettal and Daniel Ricciardo have made about their expectations of the behavioural characteristics of the new technical era Formula 1 machines, and it reminded me of a piece that I wrote last year in anticipation of the new 2022 technical regulations before I became a GP247 regular contributor and adopted the Tech Draft by-line.

What was interesting in the comments made by the drivers that I named, was their expectations of the ride quality of a 2022 F1, and how ‘snappy’ or more finely balanced they might be, and it all seemed very consistent with what I had predicted.

So, for this Tech Draft I thought I would re-publish the relevant parts of that article, not because I feel big headed and vindicated in anyway, but rather because I think it quite succinctly describes what Seb and Dan were saying, and what we might expect this year.

F1 is all about the tunnels now

The primary change impacting performance will be ground effects. The primary reason for introducing ground-effect is because it is less sensitive to turbulent wake and consequently is more conducive to following at closer proximity without significant downforce drop off.

Think of an upside-down NACA duct but stretch it essentially the length of the monocoque and about the width of the side pods. A tunnel on either side of the driver on the underside. The tunnels start fore very narrow and shallow and end aft wider and deeper.

The velocity of the air passing through the tunnels changes as the vehicle moves and the pressure changes and produces downforce… Lots of it.

The intent of the new technical regulations is to change the major downforce producing surfaces from upper to lower. In a contemporary F1 car, the attitudinal control of the upper aerodynamic surfaces is critical.

Managing turbulent and laminar flows on the upper surfaces is all about controlling pitch, yaw, and roll as effectively as possible. When ground-effect is the predominant aerodynamic device on a race car, the attitudinal control of the tunnels is critical.

There are three key controls that need to be mastered; control of the front ride height at tunnel entry, vertical (pitch) control to minimize heaving (tunnel losses), and roll control. All of these controls are key to ensuring the flow through the tunnels in uninterrupted by pressure disturbances and to maintain consistency.

How is this done? Well, in the absence of skirts and/or an active ride control the solution is much stiffer spring rates, particularly at the front.

Interestingly, and in context to the 2021 season, rake will be of no advantage at all. In fact, rake will be a huge disadvantage.

For 2022 F1 is (finally!) moving with the times and embracing the change to 18” tyres. They sure will look sleeker and less balloon-like, but they will also present many challenges for the teams and drivers.

In modern F1, the tyres are an integral part of the suspension system, and this will be seriously compromised in 2022. The new tyres will have a much lower, or narrower, profile meaning that the sidewalls will be much stiffer.

As a result, there will be much less compliance in the tyre and ride quality, and load transmission will be negatively affected. The tyres will be significantly heavier and inflation pressures high, once again compromising grip.

It is interesting that the tyre carcass for 2021 was changed to a more robust and heavier construction, which has presented several teams with difficulties in generating and retaining heat in the tyre body, particularly in lower ambient conditions.

A much stiffer and lesser compliant sidewall may very well create similar issues with much shallower temp upcycle slopes, but the temp down slopes may also be shallower as the tyres will have less exposed surface area and possibly retain temp a bit longer. In 2022, tyres might be more difficult to get into the window, but if they over-heat, they might fall off the cliff much quicker.

One interesting consideration with tyres in 2021 might be scrub and graining. A nice compliant sidewall allows the tyre to deliver grip with minimal slip across the contact patch.

A less compliant sidewall will deliver the load into the contact patch in a more brutal manner, and it is quite possible that degradation cycles will be negatively impacted and that graining, specifically, cold graining may become more prevalent.

The change to 18” tyres in 2022 is going to present both engineers and drivers a very big challenge and there will be a lot of learning on the job.

Careful on the brakes

One of the less spoken about changes for 2022 is brakes. Whilst the maximum rotor width remains unchanged at 32mm the maximum rotor diameter will increase to 330mm. Consequently, the reduced leverage effort effect will give the brakes improved initial bite, particularly at the front. However, up until 2022, there had been no minimum cooling hole diameter restriction.

From next year onwards a minimum cooling hole diameter of 3mm will apply and this will effectively reduce the number of cooling holes in a rotor by approximately 50%. Obviously, brake temperature management will be critical, but in carbon/carbon braking systems wear also increases with temperature.

The double whammy on brakes will be a change in regulation with the restriction of one car set of pads and rotors per car per race weekend.

Couple that with another increase of minimum weight to the best part of 800kg and it is quite possible that brake management during a race will become just as important as tyre management.

With heavier, understeer-prone cars having less grip, the braking phases are going to become even less binary, and techniques such as cadence and trail braking on corner entry might become more common.