Prost: I’m not looking for a job but I’m open to listen 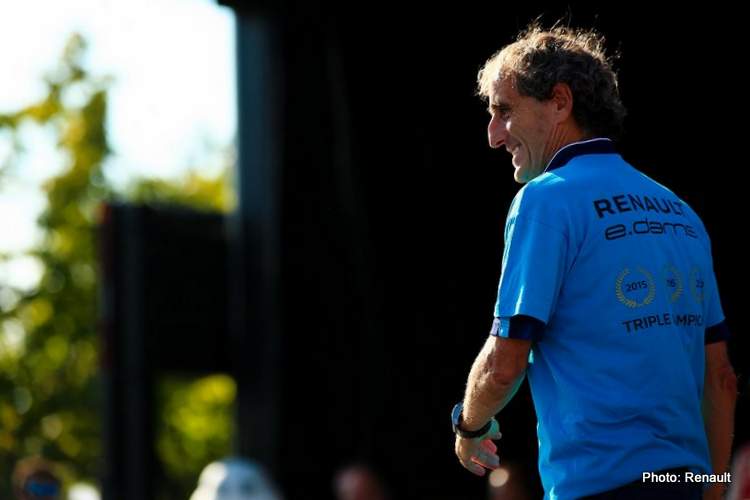 Alain Prost says he is not actively hunting for a job in Formula 1 but admits he would not mind staying in the paddock if the right offer came along.

At the same time he also admits that so far, apart from a couple of calls, no one is pounding down his door to secure his services.

Prost, a four-time F1 World Champion and living legend was one of several made redundant by the team that was once Renault, still is at heart, although now skinned with the blue of Alpine – the French giant’s vanity project.

Although Prost was never World Champion driving for Renault but came close in 1983 before he moved to McLaren. However, in his final season, the Frenchman was 1993 F1 World Champion with Williams… powered by Renault to make it four in total. A huge feat at the time.

Thereafter, Prost had his adventures as a team owner which bombed in the end, and in February 2012, Prost was appointed Renault’s international ambassador with a constant presence in the F1 paddock. Until last week, of course.

If I can stay involved in Formula 1 in a way, that would be my goal

Speaking to Racing365 correspondent Dieter Rencken, Prost revealed: “I have no offer yet; I am a free person. For sure, I have a great experience of Formula 1 and if I can still use it, I will, because it’s almost my world, it’s my family in a way – I know everybody. But I’m not looking for a job.

“If I have an opportunity that I can share my experience of everything, about 40 years of experience, different teams and different relationships with a lot of people, the FIA and GPWC with all the constructors…

“I’m proud about what I’ve done. But you know, it’s not that easy, and I want to have fun. The relationship with the people is very important. But I have no project at the moment. I don’t know what I’m going to do.

“I tell you, it’s not a problem. I mean, I’m 66 and I’m also doing different business outside. But yes, it is honest, if I can stay involved in Formula 1 in a way, that would be my goal, that’s for sure.”

Prost also revealed that he was tempted to run for FIA President this term, but time was not on his side and Mohammed Ben Sulayem succeeded Jean Todt and will be in charge for the next four years.

“I wanted to do it, I was ready for that, but I was too late,” Prost explained. “I talked to Jean Todt, I talked to Graham [Stoker], and the idea if Graham was the new President I would be involved only for Formula 1, and that was interesting.

“I had contact with Ben Sulayem in Paris just before the election, but we did not talk about that. You know, it’s a new organisation, it’s a new President and I have no idea about what is going to happen.

“For sure, there’s a lot to do with the FIA at the moment, not only because of what happened in Abu Dhabi. It’s a very difficult challenge for him,” acknowledged Prost.

However, before he gets involved, the 66-year-old has certain criteria: “It has to be clear. Even my role at Renault was not clear enough and people are very jealous because they want to get the light, so I’m very, very careful about it.

“That is why it’s not that easy to have a clear goal, but I’m very open. As I said, I’m not looking for a job, but I’m open to listen. I already had one or two calls, for sure. I’m going to consider what could be interesting,” added Prost, winner of 51 Grands Prix and four F1 world titles.