Brawn: Teams first moaned about 2022 regulations, but not any more 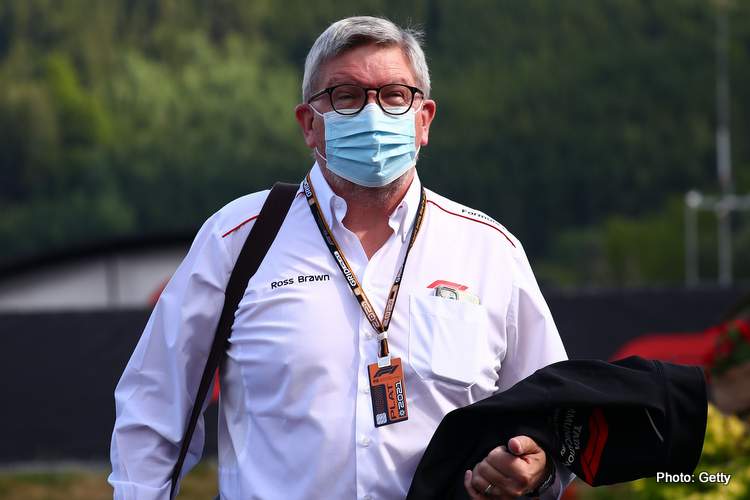 The 2022 Formula 1 regulations are the brainchild of F1 Managing Director of Motorsports Ross Brawn, who revealed that F1 teams are now at ease with them after initial moans and groans.

Ross Brawn was tasked, after joining F1 as Managing director of Motorsport in 2017, with finding a solution to the chronic issue of closer racing the sport was suffering from, which was the reason behind introducing the Drag Reduction System (DRS) in 2011 to make overtaking easier, with many labeling the solution as artificial.

Brawn however, had a different approach as he and his team went on to analyze the reasons behind the lack of close racing in F1 and as a result the 2022 aero regulations were born, with a preliminary prototype of the 2022 F1 cars presented to the public at the 2021 British GP in July.

Speaking to the New York Times in an interview at the end of the 2021 F1 season, Brawn provided a rundown on how the regulations came to be realized.

“There has long been this suspicion the cars were not very friendly when they were racing each other,” he said. “The performance of the following car was affected very badly by being in the wake of the car in front.

“It starts to lose performance the closer it gets, and that doesn’t aid good racing,” the Briton explained.

With Liberty Media taking over F1 in 2017, Brawn revealed that he then had the funding and the manpower to work on developing new aero regulations as a way to “to chase raceability”, while prior to that, only the teams had the know-how to tackle rules.

“There’d been no resource committed to this area,” he said. “The rules had been developed by the teams who had all the knowledge, the expertise and the funding.

“The regulations evolve through proposals and suggestions from the teams. They never made it a priority to make the cars friendly to race each other.

“Suddenly there was resource made available,” the 67-year-old said.

2022 regulations are an ongoing exercise

All ten F1 teams are now racing against time to get their 2022 challengers ready before the first preseason testing kicks off in Barcelona from the 23rd to the 25th of February and we will finally find out how the next generation of F1 cars will look like, and most importantly how they behave on track.

Every team will naturally have its own interpretation of the rules, but Brawn revealed that F1 will continue to monitor the teams’ solutions to ensure they respect the new rules’ essence of promoting closer racing.

“Our process won’t stop,” Brawn revealed. “Once we see the new cars race, we’ll see the solutions the teams have come up with, and we’ll evaluate them and make sure we’re not losing the momentum on this initiative to make the cars more raceable.”

The outgoing generation of F1 racers produced the majority of their downforce from their top surfaces, creating dirty air behind them, that affected the performance of a chasing car, which lost significant amounts of downforce, meaning a chasing driver couldn’t stay close to the car in front without ruining his tyres and overheating his brakes.

Brawn quantified the losses a chasing car endured saying: “To give you an idea of some numbers, this year’s car, when it was two car lengths behind, it lost half of its performance.

“The new car only loses 10 or 15 percent of its performance. It’s a massive difference,” the former Brawn GP owner pointed out.

Teams moaned and groaned at first

Brawn – the Mercedes team principal between 2010 and 2013 – admitted that the teams were not delighted when they first saw the new rules, as they deemed them to be quite restrictive.

“When the teams first saw the regulations, there were moans and groans about the fact we’d taken so much scope away from them,” he said. “But as they explored them, they realized there was still plenty of potential.”

Brawn recalled his days as an F1 technical director, a role he famously executed at Ferrari in the dominant Michael Schumacher days and at Benetton before that.

“I always took the approach, when I was a technical director, that I had to work within the regulations that were there,” he reflected. “Given they were the same regulations for everyone, whoever did the best job with them would be the one who would succeed.

Brawn believes the new regulations are “a platform for the future”, explaining: “There may be a little bit of disparity in performance when we start off because everyone’s going to come up with different solutions, but once we’ve settled down, this will be a much better platform for the cars to be designed around.”

Asked if he believed the racing will improve, Brawn confidently answered: “Yes,” concluding: “We will have cars much closer in performance.”

F1’s regulations are set for a shake up at the start of 2022, with this new car aiming to make the racing closer than ever before #F1 #F12022 pic.twitter.com/0FSMPSvzPN