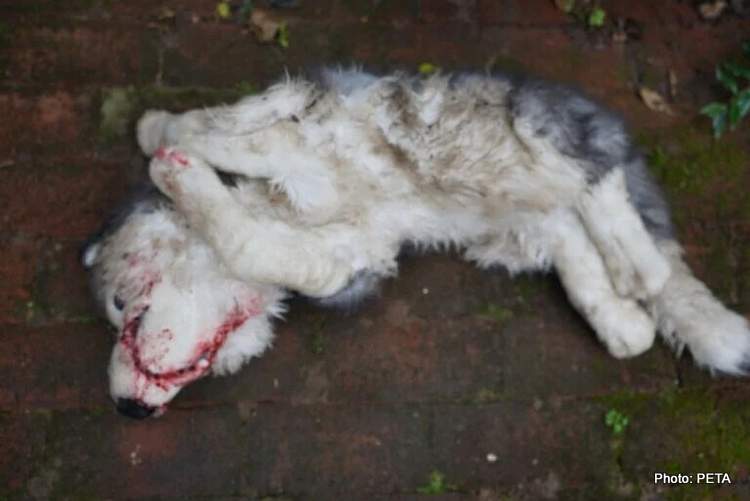 Formula 1 CEO Stefano Domenicali has reportedly received a ‘dead dog’ from PETA, as a protest on Liberty Media’s sponsorship of ‘Iditarod’, a dog-sled race held in Alaska.

Thankfully it wasn’t a real dog, but a prop that was covered with fake blood to prove a point, as PETA mentioned on their website, also posting a photo of what they called a “special delivery for F1 CEO Stefano Domenicali“.

PETA (People for the Ethical Treatment of Animals) has been vocal about Liberty Media’s sponsorship of the Iditarod through GCI, a sister company of Formula 1, that sponsors the race to the tune of £ 180,000 a year.

The dog-sled race is held across Alaska’s frozen Tundra with the animal-activist organization claiming that it has killed over 150 dogs over the years.

PETA said on their website: “What do ExxonMobil, Jack Daniel’s, and Coca-Cola all have in common? After learning about the cruelty of the Iditarod and hearing from supporters of PETA entities, they pulled their sponsorship and cut all ties with the deadly dog-race.”

Liberty Media, what do you say? How many dogs will die today?

Protestors are at the Liberty Media HQ in Englewood, CO protesting the company’s sponsorship of the #Iditarod dog sled race. pic.twitter.com/XofTPYgxUM

Lewis Hamilton’s Neat Burger gets Company of the Year award

Seven-time F1 World Champion Lewis Hamilton announced back in 2017 that he has switched onto a vegan diet and in 2019 launched ‘Neat Burger’, a plant-based burger joint in London.

In December 2021, PETA announced that they have awarded Hamilton’s Neat Burger their inaugural ‘Company of the Year’ award, having given Hamilton himself their ‘Person of the Year’ award in 2018, describing the Briton as a game changer.

Whether he’s taking home racing titles or speaking about animal rights, racism, or the climate catastrophe, Sir @LewisHamilton is a champion in everything he does 🏆

Wishing a very happy birthday to the vegan @F1 legend who inspires us every day 🌟 pic.twitter.com/NbdwWBYbF8