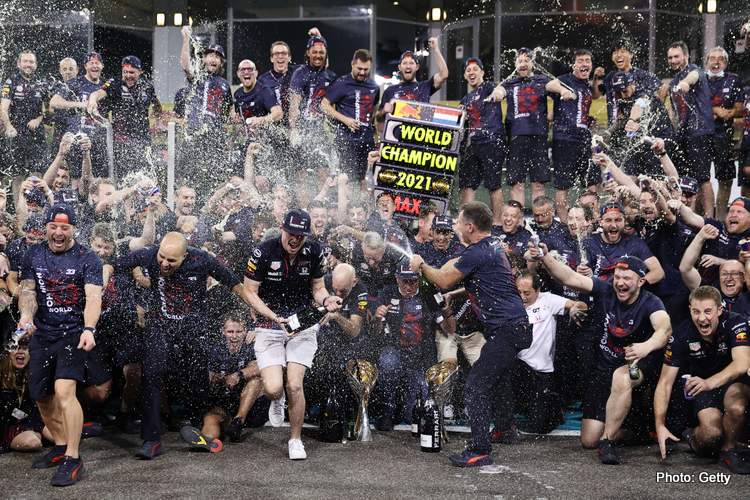 That’s the last time we say “What a race” this season, as Formula 1 wound up its 72nd season with thrill, controversy, and hard racing. In other words, it went out with a bang!

Not the best of scriptwriters could have rustled up such an ending for an epic F1 season, with two title contenders entering their final battleground equal on points, after 21 bruising engagements between them and their teams.

Lewis Hamilton and Max Verstappen have both delivered the season of their lives, the former facing his sternest challenge of late, having easily swept up six F1 Drivers’ Titles since 2014, while the latter realizing his lifelong dream of winning his maiden F1 Crown.

Their teams, Mercedes and Red Bull went all out to prevail, Mercedes winning an unprecedented eighth consecutive F1 Constructors’ Title, with things getting quite nasty between the two outfits, their bosses Toto Wolff and Christian Horner squabbling in all sorts of ways, with only a fistfight missing from their shenanigans.

Going onto the 2021 season finale, the Abu Dhabi Grand Prix, it did not wander away from the season’s storyline up to that point, as it was thrilling, controversial, and full of twists.

The thrills and twists, that brought up a Virtual Safety Car, and a Safety Car served to spice up a race that up to that point seemed to be going towards Hamilton winning, Verstappen futilely in the chase, with Michael Masi and his accompanying Stewards spicing things up even more with their questionable handling of the situation, hence the controversies.

So let’s head to our final race takeaways for this season, our Takeaways from the 2021 Abu Dhabi Grand Prix. 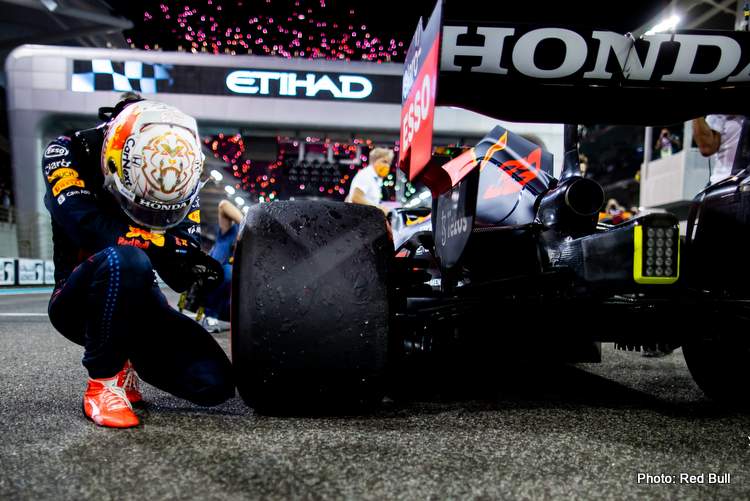 They say the first million is always the hardest, and it seems that the same applies for the first F1 Title, with Verstappen driving out of his senses to achieve his maiden Drivers’ Crown, with Hamilton’s 2008 first Title victory and Sebastian Vettel’s 2010 successful Title campaign being prime examples.

Hamilton’s first was achieved on the last lap of the last race at Interlagos with his final lap overtake on Toyota’s Timo Glock securing fifth in the race and enough points to beat Felipe Massa to the title by 1 point.

Vettel lead the Drivers’ Standings once in 2010, after the final race of the season in Abu Dhabi as well, which he won but had to wait till Fernando Alonso crossed the finish line in seventh to be sure he became Champion.

Well, Verstappen has broken through into the F1 Champions’ Circle. With the form he exhibited this year and provided his team keeps giving him the cars that his talent demands, there is nothing that would prevent the 24-year-old from bagging more titles.

For those who might say that the Dutchman was lucky in Abu Dhabi with the safety car, and the race-directing-decisions, the following should be kept in mind, and that lady luck has changed sides several times this season balancing things “luck-wise” between the two title rivals, with the Red flag in Imola, at the Emilia Romagna GP saving Hamilton when he uncharacteristically binned his Mercedes being an example of luck serving one side over the other.

This is motorsport, and luck will always play a role, and with that, Max Verstappen is a fully worthy and deserving F1 World Champion. Full stop. 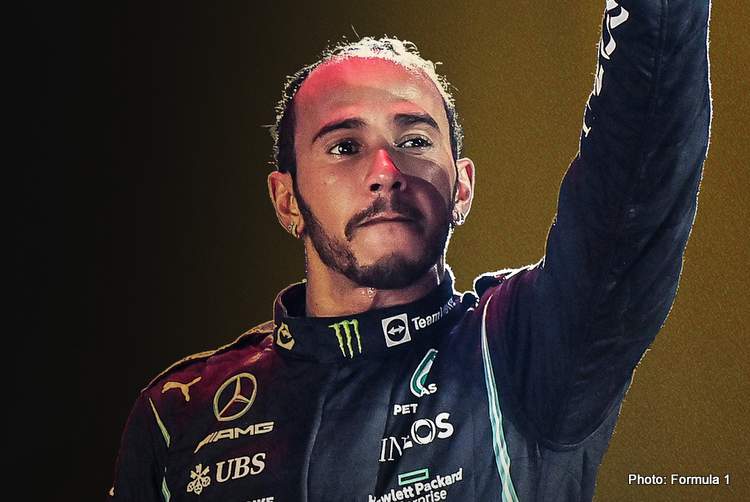 It is not necessary that an F1 driver’s best season would be a season when he wins the title, rather it is the season when the driver displays his best traits under the pressure of the relentless fight such as the season we witnessed this year.

Lewis was calm, fast, relentless, and never gave up. No one is perfect and sure he made mistakes, as did Verstappen, which is understandable under the circumstances of the intensity of this title race.

The Briton at 37, didn’t show any signs of slowing down or losing steam fighting a young super talented charger, 13 years his junior, and took the fight to him till the last lap under the Yas Marina lights, with his run of form since Brazil clear proof of his talent and ability in an F1 car.

Another aspect which really got my attention, was Hamilton’s supreme tyre management, with the perception that Sergio Perez is a master tyre whisperer, many forget that the seven-time World Champion is as good, if not better, especially that he can extend the life of his tyres while maintaining a blistering pace.

This was simply one of Lewis’ best campaigns in F1 to date, if not the outright best, and had he won the title, his eighth would have been better than all his other seven put together.

So kudos to him on his season. 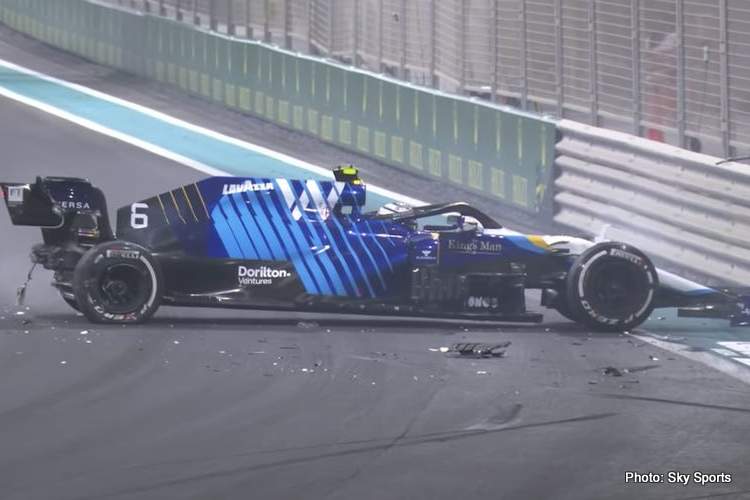 How many times should we scream “Inconsistency” and “fixed panel of Stewards” until someone listens?

Masi and the Stewards were on it from lap one, when Hamilton took to the run-off area and kept his lead in the race, Masi saying he gave back the advantage or something of that sort. What’s that supposed to mean?

Had that incident been labelled as a first-lap-incident – looked upon with leniency for some time now – one would have made some sense out of it, but “relinquished the advantage” or whatever they called it is not right.

Furthermore, Martin Brundle responded to David Croft wondering if Hamilton “will have to give the place back” by saying: “Yes, of course, he will.”

Before going on to comment on Verstappen’s move: “The door’s open, he’s gone through it.

“He’s kept completely within the white lines, and a car that was side by side with him is heading off down the road.

“I’ll stand by that, but that’s not what the Stewards think,” Brundle who knows a thing or two about racing concluded.

Anyhow, that’s where the rot started.

Taking ages to decide what to do after Antonio Giovinazzi retired his car was another example of hesitance and uncertainty under pressure until we reached Nicholas Latifi’s lap 53 crash, which is when Masi got into his stride.

Now I have to admit that Masi’s job is hard enough without having Christian Horner screaming on one side, and Toto Wolff pathetically whining on the other, the Race Director having to make do without “Bernie Ecclestone” or “Max Mosely” telling the team-boss-pair to shut the hell up.

But that is the most slack I will be cutting him.

I am not a lawyer, nor a steward or a clerk of the course, but I have watched F1 for over 25 years, 20 years of them fully embedded into the sport, so when I end up not understanding what was going on, means that the administration of the situation was faulty.

The only credit Masi gets is that whatever he did gave us that last lap where Max was chasing and passing Lewis, the latter fighting back on well-worn tyres, and both driving impeccably well, with not a single lock-up from any of them while on the limit both physically and mentally, serving us the highlight of the race.

That final lap summarized the season, two great drivers at their peak of their powers, and the best of their respective generations slugging it out on the limit. 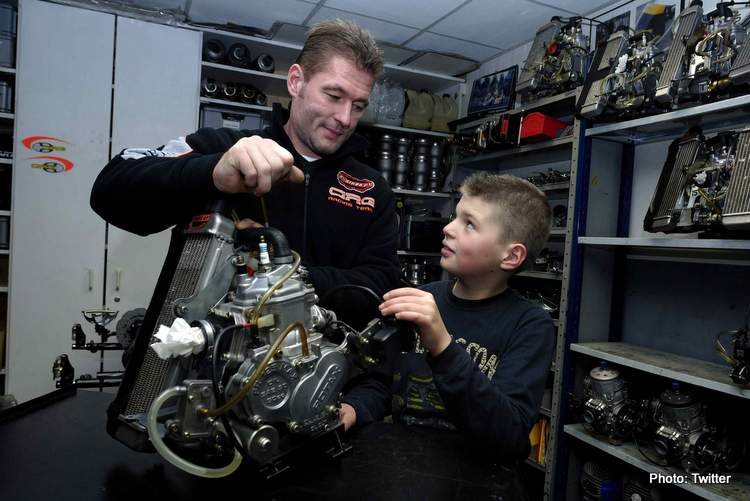 With the race over, it was touching to see the images of Anthony Hamilton soothing his son, while a weary Jos Verstappen shared his son’s success.

These two fathers have supported their talented boys, moving heaven and earth to help them realize their dreams over long years of hard work against adversity, and seeing their efforts rewarded on evenings such as the one we witnessed last Sunday in Abu Dhabi was an emotionally fulfilling experience.

These two deserve trophies of their own. 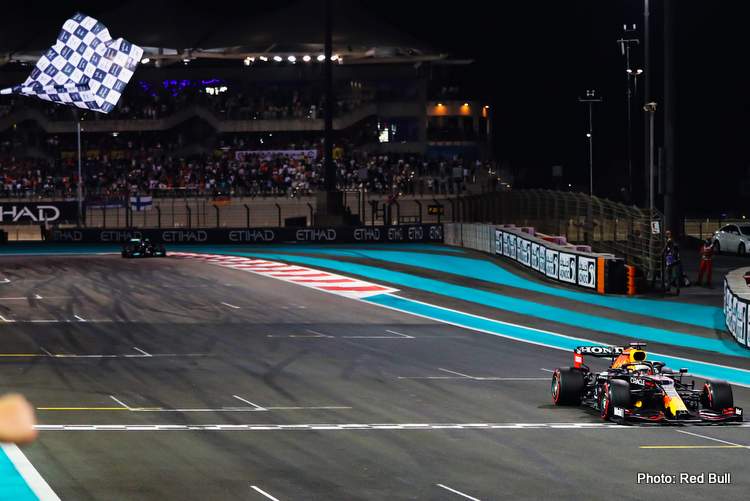 Fernando enjoyed his first season back in F1 💪