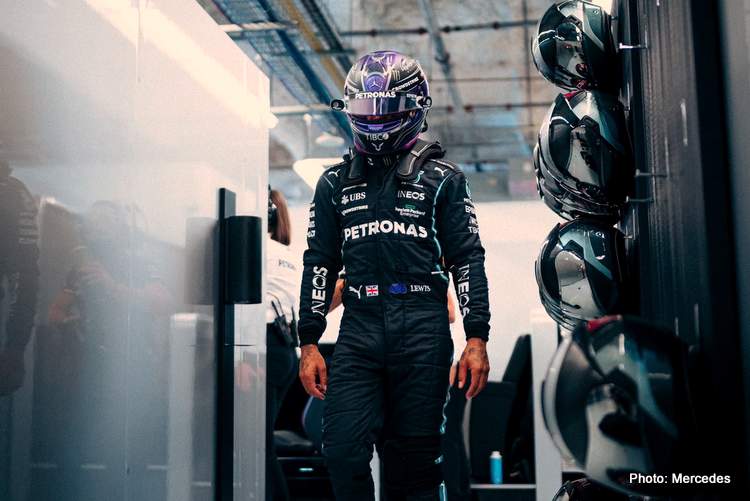 Mercedes driver Lewis Hamilton will be in a league of his own if he can secure a record eighth Formula 1 World Championship in Sunday’s season-ending Abu Dhabi Grand Prix, recalling how he has “walked this sport alone” at Yas Marina today.

The 36-year-old British Knight is already the most successful driver in the sport’s history having equaled Michael Schumacher’s seven titles and overtaken the German on wins, pole positions and podiums.

But if he beats 24-year-old Red Bull rival Max Verstappen at Yas Marina, Hamilton will break the last of the Ferrari great’s major records.

“It wasn’t unimaginable but I think it was seen as impossible,” Hamilton, level on points with Verstappen after winning the last three races, told F1TV when he clinched his seventh title in 2020.

“However I still dreamt of it, I dream of going to space… I believe in things and I think when you dream we all come up with these crazy ideas.”

Those dreams have driven the sport’s only Black driver as he emerged from an underprivileged background far from racing to become one of the world’s wealthiest and most prominent sportsmen.

Subjected to racism from his karting days, when he was the only Black kid on the grid

The grandson of immigrants from the Caribbean island of Grenada, Hamilton – now a winner of 103 races – has stayed close to his roots and family.

His parents separated when he was two and father Anthony held down multiple jobs to fund his son’s early karting activities until McLaren and Mercedes stepped in.

Hamilton’s success and varied interests, ranging from making music to promoting young Black fashion designers and embracing veganism, have earned him a global crossover appeal unlike any other champion of the past.

Subjected to racism from his karting days, when he was the only Black kid on the grid, he has used his profile to campaign for racial equality, environmental issues and LGBTQ+ rights and against cruelty to animals.

“It’s obviously no secret that I’ve really walked this sport alone: the only Black person here, or the only person of colour here,” Hamilton, who has set up a commission to boost participation by Black people in motorsport, said last year.

When I was younger, I didn’t have anybody in the sport that looked like me

Hamilton, who has worn a rainbow-themed helmet in the final three races in the Middle East in solidarity with the LGBTQ+ community, said in October that his campaigning had given him fresh energy.

“Is it helping me race? I think so, yeah. It’s like my new drive and I feel like it’s giving me more longevity because it’s a lot of work we have to do. I feel like it also gives my life real purpose.”

In Verstappen, another natural talent who has set records of his own as youngest F1 driver and race winner, he faces his toughest fight in years.

The Dutchman is unafraid to push the limit and occasionally cross it, as a consequence the pair have collided three times already, including in the last race in Jeddah, and Hamilton has had to bail out in wheel-to-wheel combat to avoid an accident.

If the pair crash out on Sunday, Verstappen, who leads the Briton 9-8 on wins, will win the title but Hamilton thrives under pressure.

“It’s definitely an incredibly intense year and time,” said Hamilton, who made his debut with McLaren alongside double champion Fernando Alonso and beat the Spaniard to second in the standings.

“I’ve raced for 28 years, I’ve had so many intense battles through karting, through single-seaters, and this is one of them,” explained Hamilton. (Reporting by Abhishek Takle/Alan Baldwin)

It’s been an incredible season of @F1! But it wouldn’t have been the same without you, our fans. 🙏

Before the finale, here’s a special message to all of you from the Champ. ❤️ pic.twitter.com/ltycmDNGkV