Horner: I don’t know what Lewis was doing 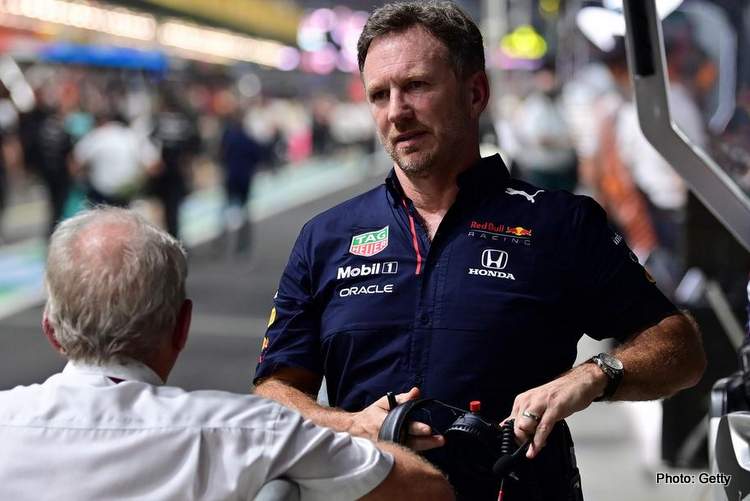 Adding insult to injury is the fact that Mercedes are now 28 points ahead of the Bulls, in the Constructors’ Championship with one race to go, while earlier in the day they were only five points adrift. Sergio Perez scored a DNF and Verstappen second, behind Hamilton and ahead of third-placed Valtteri Bottas.

With Mercedes finding a head of steam in these final races, with Hamilton winning three from three, there will be serious concerns in the Red Bull camp that this one is getting away from them, heading to the finale this weekend in Abu Dhabi.

The race in Jeddah was packed with incidents and intrigue, the “brake-test” moment a big talking point in forums and on websites, which Horner stoked in the team report: “I don’t know what Lewis was doing because Max was trying to give the place up as instructed by Race Control, he lifted and you can hear that, it was clear we were trying to give the place up and we’d informed Race Control.

“I don’t know if Lewis didn’t want to pass before the DRS zone, but it was very strange to have him drive straight up the back of Max. We got a five-second time penalty, I thought it was on the harsh side, they both went wide and were racing.

Horner: We were probably lucky to come away with second, especially given the amount of damage we had

“Max has fought like a gladiator this weekend and given it everything. It was frustrating to drop points in the constructors’ championship with Checo being taken out at the restart, so we now have one chance,” added Horner.

While Verstappen leads the standings with one to go by virtue of having nine wins to Hamilton’s eight, facts are that this title could have been wrapped up last night by the Bulls, but now they live to fight for it, next Sunday, against Hamilton and Mercedes who have cleaned up in the last three races.

Horner knows they are on the back foot: “We have a week to regroup and now it goes down to the wire at Abu Dhabi. It’s a straight-out fight as it has been for the entire year. For the fans it is fantastic, it keeps the championship dream alive and we have one shot and it’s time to take it.”

As for the positives from a weekend that promised so much more, Horner said: “There was obviously an awful lot of damage and debris for Race Control to deal with because of all the incidents, so it was a frustrating race in that respect.

“We were probably lucky to come away with second, especially given the amount of damage we had to the back of our car,” added Horner with reference to Sergio Perez’s DNF due to a crash on the restart.