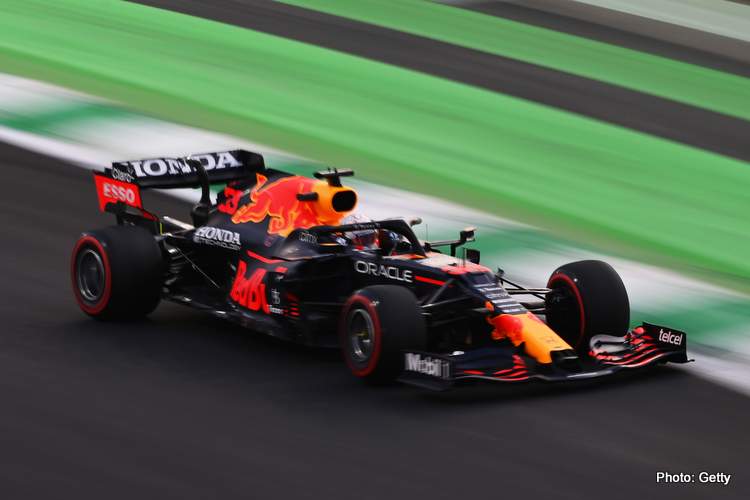 Red Bull seem to be on the backfoot around the new Jeddah Corniche Circuit, with Lewis Hamilton toping the times on Friday, but Christian Horner believes all hope is not lost as the brand new Formula 1 circuit is Max Verstappen’s kind of circuit.

The latest venue to feature on the F1 calendar seems to be the kind of circuit, where Mercedes’ W12 would flex its muscles, especially with a resurgent Lewis Hamilton at the wheel and the “spicy” engine. the Briton put to good use in Sao Paulo to emerge victorious, bolted to the car.

The early signs after FP1 and FP2 are in line with these predictions, as Verstappen was second on the first and fourth in the second, while Hamilton lead both.

However, Red Bull team boss Christian Horner is not overly concerned yet, as he believes his star driver can make the difference around the Jeddah Corniche Circuit.

“This is Max’s kind of circuit with high speed, walls and kerbs,” Horner told Sky. “He was down to a time quicker than anyone else, he’s enjoying it.

“Everyone in the team knows their role. The most important thing is to enjoy it. We’ve had a wonderful year, and finally, Mercedes have a competitor.

“It’s like two cup finals now, we will do everything we can to come out on top,” Horner insisted.

“We felt very strong on the hard tyre,” the Red Bull boss pointed out. “The softer the compound, the more of a diva the tyre becomes to switch it on and to get the maximum out of it.

“They’ll be a lot of analysis on that with out-laps and preparation.

“I don’t think we were alone in that, there were others struggling to get the car in the right window but once you unlock that you can see there’s performance there,” Horner added.

What of the shady Mercedes rear wing?

Red Bull have been vocal about something “shady” going on with the Mercedes’ rear wing, which they claim is giving them a top speed advantage. That prompted the FIA to introduce more stringent tests, which Mercedes passed.

Quizzed by Sky on this subject Horner said: “After the new test was introduced, we’ve seen convergence on speeds.

“Similar speeds here today, so that’s encouraging,” the 48-year-old highlighted. “Hopefully, that remains the case here and next weekend.”

Horner then went into details about the relative performance between Mercedes and Red Bull in Saudi Arabia.

“You can see it’s pretty tight [between Red Bull and Mercedes],” he said. “It’s a challenging circuit, high speed with walls.

“It will be who gets the most out of the tyres, who get a clean lap and runs as close to the wall as they dare.

“So it’s going to be a fascinating competition. Qualifying will be crucial like most street circuits and then anything can happen in the race itself,” Horner concluded.

Red Bull are five points behind Mercedes in the Constructors’ Standings, as Verstappen leads Hamilton by eight points in the Drivers’ Championship.