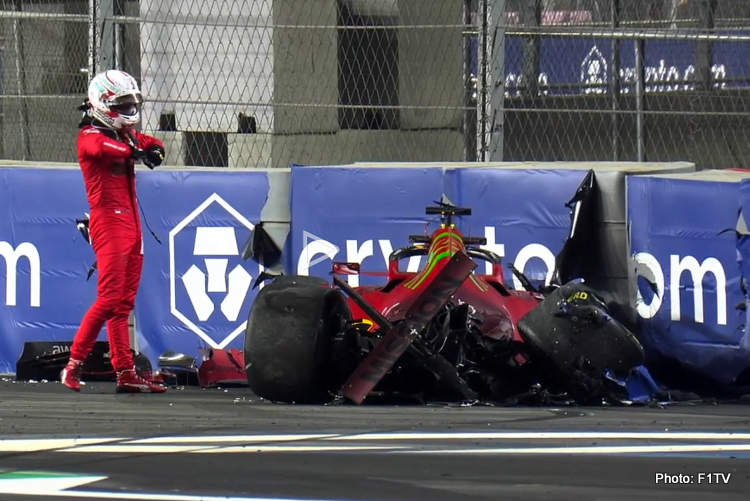 FP2 for the Formula 1 Saudi Arabian Grand Prix ended with Red Flags as Charles Leclerc crashed his Ferrari at Turn 22 with Lewis Hamilton finishing the session fastest of all.

The Jeddah Corniche Circuit was always going to be unforgiving for any mistakes, and Leclerc found out the hard way, as he lost control of his SF21 at Turn 22, giving his Ferrari mechanics a big repair job to do tonight, but walked away safely from his stricken car.

Before crashing however, Leclerc was tenth in the timing screens 0.754s off the pace, on a day where Lewis Hamilton maintained his edge and was fastest setting a time of 1:29.018, and was followed closely by teammate Valtteri Bottas in second, 0.061s slower than the Briton.

Third went to Pierre Gasly, and impressively only 0.081s off the pace, the Frenchman faster than his former Red Bull teammate Max Verstappen who had to settle for fourth, and almost two tenths of the pace of his title rival.

Notably, the fastest times of Hamilton, Bottas, and Verstappen were on the Medium tyres, as they failed to improve when on Softs, that seemed to require more preparation to be in the proper window, which wasn’t aided by traffic on the track.

Fifth went to Fernando Alonso in the Alpine who was 0.423s off the top time, followed by his teammate Esteban Ocon in sixth and just 0.114s slower.

Carlos Sainz was seventh for Ferrari and 0.571s off the pace of the leader, as Yuki Tsunoda had a better showing to finish eighth and just 0.008s off the Spaniard’s time.

Sergio Perez made it into the top ten in ninth seven and half tenths off Hamilton’s top time, ahead of the late-crashing Leclerc.

How the rest fared

The McLarens of Daniel Ricciardo and Lando Norris were 11th and 12th respectively separated by 0.036s both almost a second off the pace. Not a good sign for the team looking to claw back a 39.5-point deficit to Ferrari in the Constructors’ Standings.

After his surprise presence in the top ten during FP1, Antonio Giovinazzi was a more familiar 13th ahead of his teammate Kimi Raikkonen in 14th.

Nikita Mazepin was last again, after spinning and causing double yellow flags at one point during the session. 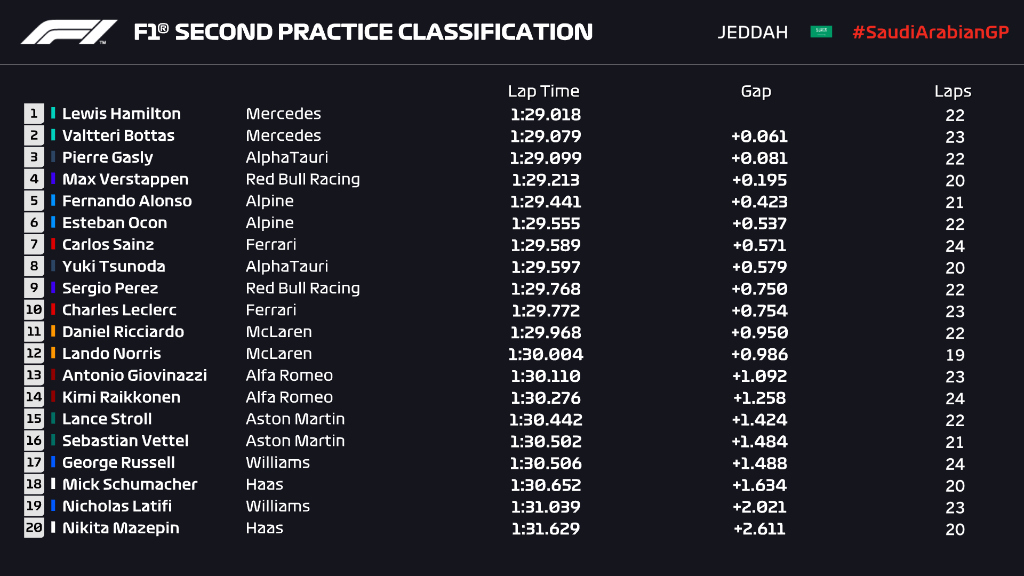