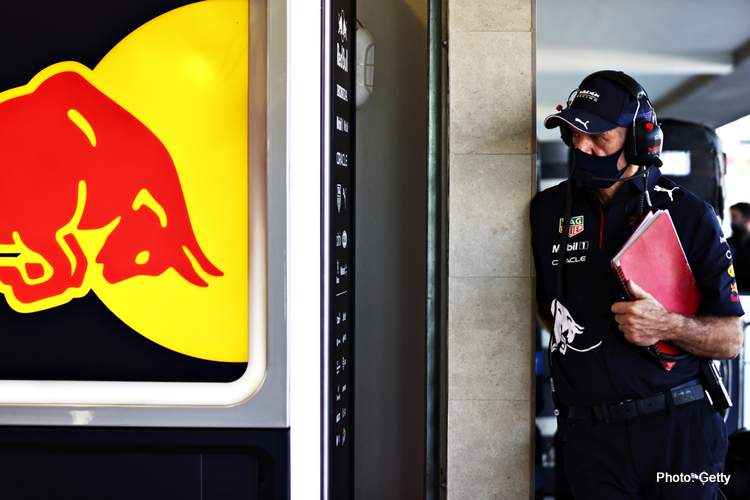 Although there is strength in depth in Red Bull’s engineering pool, Adrian Newey remains the figurehead that inspires the team says Helmut Marko.

He could well add the 2021 Red Bull RB16B to that list should Max Verstappen beat Lewis Hamilton to end Mercedes long reign. This season’s championship is finely poised with two rounds remaining, the Dutch driver leads the Briton by eight points.

Last summer’s bicycle accident in Croatia did Newey no favours, but the 63-year-old is reportedly at full speed on two fronts, namely this year’s title-challenging car and the all-new 2022 project.

Marko takes up the story with Auto Motor und Sport: “Thankfully we have a very deep organization. Newey was out for a while due to his bicycle accident but he is a racer. When he sees a chance that we can win, the motivation is completely different than when you have an engine that is 30 bhp behind.

“There is no one who has that much experience, who has won so many world titles. Newey is still essential. For the other engineers also, be it in the aerodynamics or other departments, he is a figurehead.”

While bedridden, in the wake of the biking accident, Newey would help with problems by “drawing on paper” and sent to the relevant engineers. In other words, he kept busy with matters at hand.

Meanwhile, Red Bull Powertrains is in the process of taking over the Honda project, with recruitment ongoing revealed Marko: “We have a very good base in terms of structure but there are still one or two positions missing. We not only brought people from Mercedes, but also from others.”

As for Honda’s departure at the end of the season, Marko explained: “We’ve reached an agreement whereby we will receive services from Honda for a fee. That’s the status. In 2022 we will get all of the engines from Honda.”