Hill: Lewis likes to be the hunter 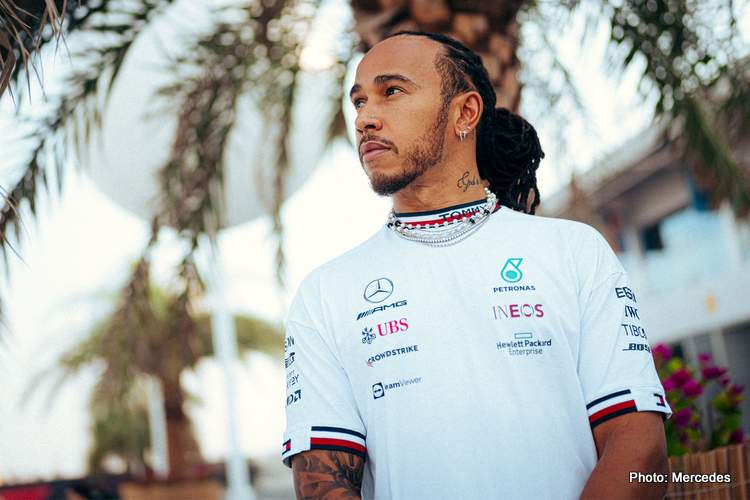 Hill speaking in the F1 Nation Podcast along with Natalie Pinkham and Tom Clarkson, was discussing the Qatar GP, where Hamilton romped into a dominant victory, his title rival Max Verstappen on a futile chase into second. It was the second win in a row for the Briton, as he heads to the Saudi Arabian GP eight points behind the Dutchman.

Clock ticking on Hamilton, the hunter

The 1996 F1 World Champion believes that Hamilton is relishing the prospect of reeling in Verstappen in the title race.

“Lewis likes to be the hunter, doesn’t he?” he said. “So he’s happy where he is, hunting.

“But he’s got precious few opportunities now to make up the deficit,” the 61-year-old warned, and went on: “We have got a statistical situation now where he could lose the championship to Max.

“Max could win it in the next round at Saudi Arabia, if certain permutations take place,” he admitted.

And that is mathematically true, as one of the scenarios for Verstappen to clinch the title in Jeddah, would be if Hamilton finished sixth or lower, with the Red Bull driver winning and taking the fastest lap point.

“When was the last time he came sixth?” Hill questioned.

“The performance advantage was definitely there for Mercedes,” he explained. “You’ve got this new engine don’t forget. Toto said they’re going to put the ‘spicy engine‘ in!”

Hill, who has won his only F1 Championship with Williams, hailed an exciting season, with the Championship outcome being anyone’s guess.

“It’s the first time we’ve got all the way down to the last two races,” he pointed out. “This is the first time you could actually say, ‘If something happens to one of the protagonists, the other guy’s going to be world champion.'”

But he then took a step back to say: “Well no actually – it could only be Max [in the next race], it couldn’t be Lewis because he’s got the deficit.”

Too soon to rejoice

Despite Hamilton’s impressive run of form, Hill now a pundit for Sky F1, noticed a certain calmness in the reigning champion’s demeanor.

“Hamilton won it, but he wasn’t leaping up and down,” he revealed. “He was pretty cool about keeping his emotions in check, as was Max Verstappen.

“I don’t think it’s a time for happiness yet, the tension is still too intense,” Hill went on. “It’s too palpable, and they are so close to the finish now.

“Nobody knows what’s going to happen,” he concluded.