Brawn: It’s the title race that keeps on giving 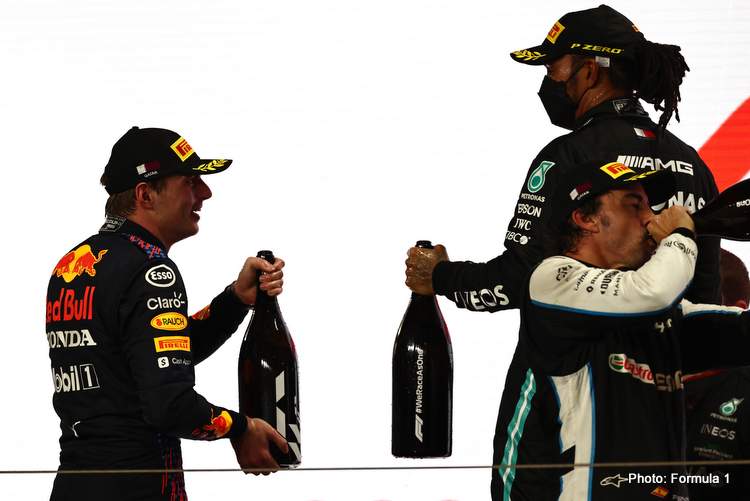 Ross Brawn, Formula 1 Managing Director of Motorsports, tackled the main aspects of the 2021 Qatar Grand Prix, that was won by Lewis Hamilton, rendering the Championship more capricious, in the title race the keeps on giving, according to Brawn.

In his column for F1’s official website, Brawn hailed the performance delivered by seven-time World Champion Lewis Hamilton who cruised to a commanding victory, on a day when his title rival Max Verstappen was only good for second. Check out the odds at PayPal casino.

Credit to Hamilton for keeping the title race open

“It was a beautiful weekend for Lewis,” Brawn said. “He dialled into the track very quickly and delivered the kind of accomplished performance in qualifying that we have come to expect.

“On race day, he didn’t put a foot wrong and very much deserved that win,” he went on. “It’s left the championship even more finely poised than it was before.

Brawn hailed an unpredictable Championship, which will most probably be decided in the final race in Abu Dhabi.

“What’s great about this championship is we have this ebb and flow,” the Briton pointed out. “We had a period where you thought Red Bull were going to run away with it and then Mercedes came back.

“There are just eight points in it with two races and maximum of 52 on the table. It’s the title race that keeps on giving,” he insisted.

A case of what could have been for Verstappen

Brawn lamented the fact that Verstappen had to start from seventh on the grid, due to his grid penalty for ignoring yellow flags is qualifying, especially that his great start from the fourth row could have delivered a much bigger impact had it not been for his penalty.

“Max had a great race as well,” the F1 Director admitted. “I had the feeling Lewis had this under control, but who knows?

“With the start Max made, had that come from the front row of the grid rather than further back, we could have seen a closer contest,” Brawn mused.

“These are the little things at this stage of the championship that are going to tip the balance.

“It was damage limitation for Max and he did the best job he could have imagined from seventh on the grid, after that five-place grid penalty for a yellow flag infringement,” the 67-year-old summed up.

Brawn was impressed by the third place achieved by Alpine’s Fernando Alonso, on his 2oth race into his comeback.

“Fernando is my driver of the weekend,” he claimed. “Like Lewis, he dialled into the track very quickly and got the car working well.

“That Alpine looked good all weekend. He’s just enjoying himself so much. He’s in his element.

“I’m a big fan of Fernando and I’ve always felt frustrated he only won two world championships for someone of his talent,” the former Ferrari Technical Director admitted.

“He’s easily my driver of the day. He’s a man who is still in love with F1 and it shows.

“He’s hugely talented,” Brawn went on. “Maybe the perspective he’s got now, after some time away from the sport, might be helping.

“Will it entice him to stay around for a while longer? Who knows?” Mercedes’ former team Principal speculated.

“I think we all want Fernando around for a while. He’s driving very well. He deserves to be there, there’s no question about that.

With Kimi Raikkonen, currently 42-years-old, retiring from the sport at the end of this season, Alonso, who turned 40 last July, will be the oldest driver on the 2022 F1 grid, with the double F1 World Champion’s long-term plans still unclear.