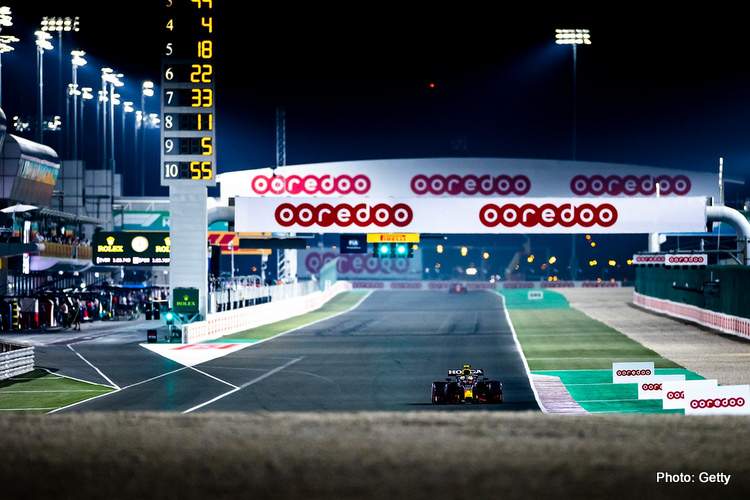 Formula 1 drivers were unanimous in their praise for “challenging, fast but fun” Losail Circuit, venue for this weekend’s Qatar Grand Prix, best known for hosting MotoGP since 2008.

With F1 in a fix as venues dropped off this year’s calendar due to COVID-19, Qatar stepped in to sub for this year’s cancelled races and at the same time ink a deal to host a Grand Prix for the next decade.

Losail is devoid of any really slow bends or chicanes which gives it a natural flow and high-speed nature, which well suits the current generation F1 cars despite being in the middle of the desert with little else than a relatively basic pit and paddock complex.

The grandstand in front of the pitlane and start line is likely to be full as bargain package deals can reportedly be picked up by F1 fans from close-by UAE to witness the first Qatar Grand Prix.

But that’s all there is in terms of spectator facilities at Losail, one grandstand.

Thus, for now, the Qatar Grand Prix is made for TV. If the empty backdrop and surroundings (or lack thereof) are ignored, at least the track itself has been well received by drivers who hailed it as challenging, fun to drive, surprisingly fast and grippy.

This is what they had to say after the two one-hour sessions on Friday:

Lewis Hamilton (Mercedes): This is a new track, it felt okay to drive, quite nice and no real issues, but it’s all high-speed corners so it’s quite physical.”

Sergio Perez (Red Bull): “I have driven this track before when I was younger and it is slowly starting to come back to me now I have been out there, I don’t feel that has put me at any advantage over others. It is an interesting place, especially from day to night, it is very different. It is not an easy track and we expect the wind to change so it will be interesting to see what happens.”

Carlos Sainz (Ferrari): “The first day on an unknown track is always exciting and challenging, as it’s obviously a completely new experience. To be honest, I think this track has surprised everyone with how fast it is and the speed we are doing around the corners.”

Charles Leclerc: “I really like the track here at Losail, it is great. It’s always interesting to mix things up and see a new venue on the calendar.”

Lando Norris: “I like the track, it’s good fun, especially being a night session as well – we haven’t had a night session in quite a while. It’s fast, it’s high-speed and it’s a good challenge.”

Daniel Ricciardo: “This track’s fun. The initial impressions are that it’s good with it being flowing and pretty fast.”

Lance Stroll: “The track has a very good flow and that makes it very enjoyable. I had a lot of fun today.”

Sebastian Vettel: “It takes some time to focus and find your rhythm, but overall this is a very fun circuit to drive.”

Fernando Alonso: “The circuit is really great to drive. I love the layout and how the combination of corners really gives you the feeling and ability to maximise the potential in a Formula 1 car. I was enjoying every lap, so it was fun.”

Esteban Ocon: “It was a fun Friday discovering this new Losail track. It had some very good surprises for many reasons, so it’s been an enjoyable day. The track was high grip and it was very fast and flowing, which was awesome to drive. It brings challenges of places like Sepang and Istanbul rolled into one and that was really good fun to experience. It’s challenging for all of us to learn a new track.”

George Russell: “It’s a really fun circuit to drive and it’s very fast, probably faster than we expected. The tyre degradation seems relatively low which allowed us to push pretty hard, which is what we all want as drivers from a track.”

Nicholas Latifi: “I was expecting Losail International Circuit to be fun after driving it on the simulator and it did not disappoint! It’s really fast and flowing with not many tight corners, which is great for these current Formula 1 cars.”

Antonio Giovinazzi: “It was a good first experience driving here at Losail. I was really surprised by the amount of grip, already in FP1. The track is really nice, really fast and driving it is enjoyable.”

Mick Schumacher: “The track is very fast, that was probably not as expected. It feels pretty good, I think it’s a nice track to perform qualifying on, probably for racing it’s going to be a bit more difficult but I’m ready to be surprised.”

Nikita Mazepin: “I think it’s the fastest circuit I can remember visiting this year in terms of almost no slow corners here, which definitely makes it an interesting challenge. The surface is very smooth which makes it an enjoyable experience and this track is all about what Formula 1 cars bring.” 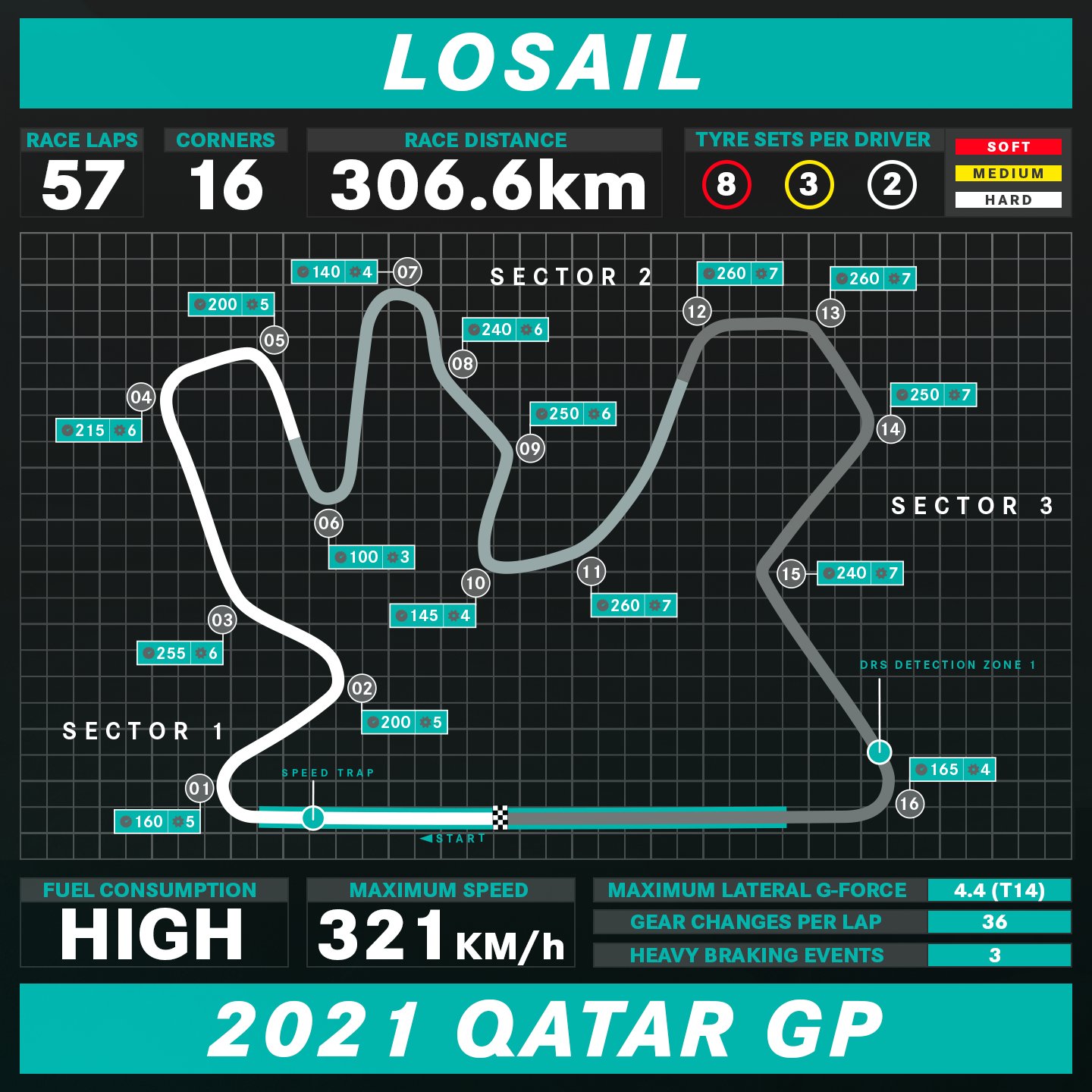