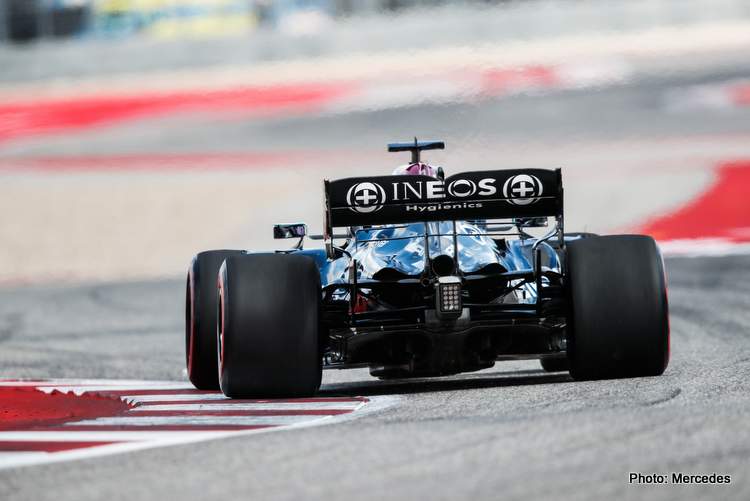 This year’s Formula 1 title fight is being fought both off and on track, with both Mercedes and Red Bull not sparing any means to throw each other off balance, with the latter still looking at their rival’s rear wing legality.

It all goes back to the Spanish Grand Prix, as Red Bull’s rear wing was under scrutiny, with Mercedes claiming that the energy drinks outfit’s rear wings bend backward under load, lowering the drag and boosting the top speed, with Lewis Hamilton calling it the the “Bendy-wing”.

Without going through the details again, the FIA modified the rear wing tests midseason, much to the dismay of Red Bull and Alfa Romeo at the time who reportedly had flexible rear wings in addition to Alpine and Aston Martin. The affected teams had to stiffen their rear wing structure to pass the new FIA tests, except for Mercedes and McLaren who were the main advocates for the more stringent load tests.

Rear wings back into the limelight

The matter came back to light in Brazil, where Mercedes, and specially Lewis Hamilton, showed mind boggling top speeds rendering Red Bull helpless in defense, as the seven-time World Champion went on to win the race despite a combination of engine related penalties and qualifying disqualification for a DRS irregularity.

In addition to the immediate reasoning that Mercedes have a fresh dialed up engine on Hamilton’s W12, it appears that Red Bull have requested a clarification from the FIA regarding Mercedes’ rear wing, which everyone linked to Mercedes’ DRS-related disqualification, but Red Bull consultant Helmut Marko denied any relation saying to F1 Insider: “Our enquiry on Friday was not about the DRS mechanism but about another area of the Mercedes rear wing.”

“The fact one followed the other was pure coincidence,” he claimed.

Newey: We’ll see how the FIA ​​interprets the matter

Further details have emerged from Red Bull’s Friday enquiry in Brazil, as according to Auto Motor und Sport, Adrian Newey and Paul Monaghan from Red Bull met with the FIA’s Nikolas Tombazis before the Grand Prix on Sunday to clarify further the situation of Mercedes’ rear wing.

Auto Motor und Sport reported that despite Mercedes having a rigid wing assembly, the main blade of their rear wing flexes downwards under load, opening up the DRS gap even more, thus reducing the drag, and increasing the top speed. This movement of the main rear wing panel is difficult to notice as the top flap covers it.

And that’s what Red Bull need to clarify with Newey saying to Auto Motor und Sport: “We’ll see how the FIA ​​interprets the matter.”

And Marko saying the team needs to do more homework before and if a protest is to be lodged: “We don’t yet have enough facts to take action against it. That would be the last resort.”

Auto Motor und Sport went even further, saying that Max Verstappen’s nosiness in Brazil, where he was seen touching the rear of Hamilton’s Mercedes, was not just plain clumsiness, as the Dutchman was aware of the matter and “pressed on the lower, not the upper, element” according to the German publication.

The squabble resumes in Qatar

The two teams will resume their hostilities in Qatar over the upcoming weekend, with Mercedes already having requested a review of the lap 48 incident between Verstappen and Hamilton during the Sao Paulo GP, citing new evidence, not available at the time for the Stewards who took no action during the race.

A session is being held on Thursday with both team representatives attending, for the Stewards to decide if the new evidence warrants a review.

With three race remaining, the title fight is expected to go down to the wire, with Verstappen leading Hamilton by 14 points in the Drivers’ Standings, and Mercedes leading Red Bull by 11 in the Consructors’. (Follow me on Twitter @MallakJad)