Reader Rights: Is it time for Toto Wolff to go? 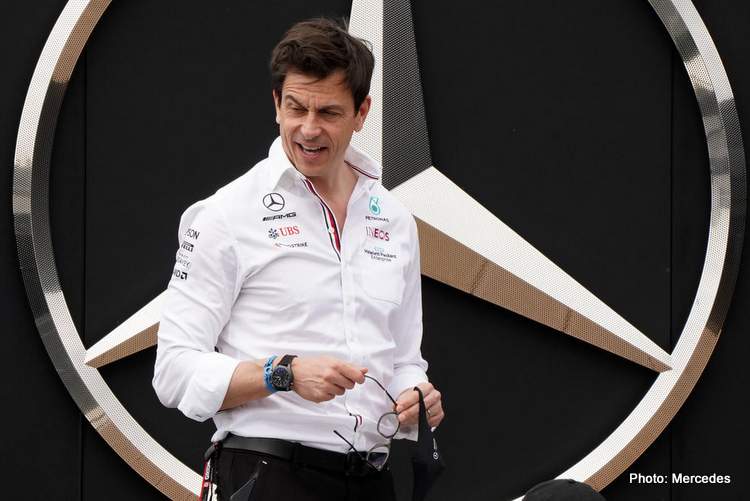 GrandPrix247 reader Nigel Marson analyses where it has gone wrong for Mercedes’ quest for the 2021 Formula 1 World Championships and lays the blame squarely on team boss Toto Wolff.

With four rounds remaining, this season is nearing the point of inevitability. Bad luck, not Lewis, is now the greatest threat to Max taking his first title. So, where might it have gone wrong for Mercedes?

Many will say it is too soon to predict the downfall of this mighty team, but I am not so sure. I see too many parallels with the once-dominant Ferrari.

All of them, except Jean Todt, went at the end of 2006. Todt stayed for another year, handing over the reins to Stefano Domenicali at the end of 2007. And 2007 was the last F1 championship in Ferrari’s best-ever winning run. They did come close in 2010 and 2012, but that is a scant reward in a 14-year losing streak.

Three remarkable leaders and one outstanding driver took the team to greatness. And the team quickly returned to mediocrity once they had gone.

Returning to Mercedes, I think hindsight will show Toto Wolff alone to be responsible for the downfall of Mercedes. He is making the same sort of mistakes –

When Niki Lauda, the team’s figurehead, did not recover from his illness and sadly passed away, Wolff did away with Niki’s role that provided Toto’s leadership with excellent checks and balances. This was a supremely arrogant decision.

James Allison, a pivotal player in Mercedes fantastic run of championship wins, stepped back from his leadership role in July. Wolff quickly announced that, due to the excellent depth and breadth of the people in his team, they would promote internally.

Nothing wrong with that, but he should have recruited an outsider to replace the position vacated by Mike Elliott. You get very few opportunities to bring new blood into an organisation at a senior level. Doing so injects a new perspective and fresh thinking with the visibility to refresh the entire organisation.

Wolff is refusing to acknowledge the obvious brain drain at Brixworth. Shortly after another key leader quit – Andy Cowell, RBR got busy recruiting big chunks of the Mercedes HPP team.

The team boss should have been crucified by the media when he again announced that all is fine because of his organisation’s depth and breadth. This is ludicrous, not only has he lost the PU boss, he let five other key people join his strongest competitor.

The F1 engine team at Honda would have been massively destabilized by the announcement they were pulling out of the sport again. Toto should have been recruiting Honda’s key players as aggressively as Red Bull were stealing his.

Wolff took the decision to limit the development of the 2021 car, a decision that has been disastrous. He underestimated RBR/Honda when he judged his team was carrying a big enough advantage from 2020 to stay ahead of them in 2021.

Niki, a true racer, would have fought him tooth and nail on this. He would have insisted the team must do all it can to win this year and all it can do to win next year. No robbing Peter to pay Paul!

We will soon see if he has made a fifth and perhaps final error. His view is that the continuous development made by RBR/Honda in 2021 will disadvantage them in 2022. I believe RBR will show him to be wrong.

I think RBR will come out with a car at least equal to Mercedes and, as the momentum is now with them, it could well be better. If this proves to be true, it will be time for Toto to step aside and let somebody fresher and sharper take over. If not, the other shareholders should force him out.

Of course, if his 2022 car turns out to be an absolute belter, I’ll happily apologise. But I think Wolff has brought Mercedes’ remarkable winning streak to a very sudden end. Time will tell. (Opinion Piece by GP247 Reader: Nigel Marson)