Reader Rights: Max or Lewis at Mercedes in 2022? 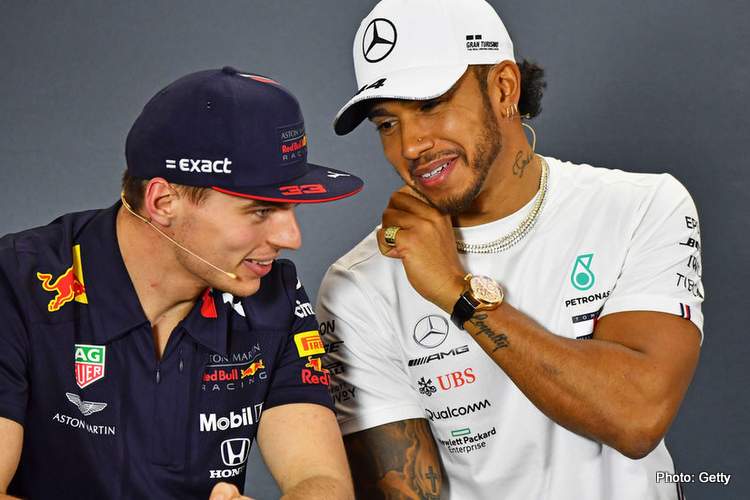 A strongly felt opinion that frequently appears in the comments section of this website is – ”It isn’t Lewis, it’s Mercedes. Give them the same car and Max will beat him.”

As an avid Lewis Hamilton fan, opinion is not enough for GP247 reader Nigel Marson who went on a quest to search for available facts and stats to come to his conclusion. Here goes:

To take the recent Formula 1 dominance by Mercedes out of the picture, I compared Lewis’s debut stint at McLaren with Max Verstappen’s now five-year stint at Redbull. As there is little value in comparing the 2014 Toro Rosso with the 2007 McLaren, I thus excluded both drivers’ rookie year.

As these World Constructors’ Championship (WCC) results show, this levels the playing field nicely. It also levels up the experience/age gap:

On performance versus teammates, Lewis comes out on top, 4 to 3:

Lewis also gets extra kudos for winning the World Drivers’ Championship (WDC) in only his second year.

On race wins and podiums, the result initially seem to also favour Lewis:

But, Mercedes recent dominance means it has been tougher for Max to take a win. Over the past 5 years, Mercedes have beaten the runner up in the WCC by an average margin of 28.9%. McLaren only had to overcome an equivalent margin deficit of 13.7%. Max has had to fight twice hard for his wins.

It is the DWC points that finally swing it. Even though it has been harder for Max to score the 25 points that comes with a win, he has scored significantly more points than Lewis. And this is despite some horrible reliability issues with the early Honda engines:

If I also take into account Max was driving a Toro Rosso for the first four races of 2016, and exclude these four races from both 2008 and 2016, Max would move a further 37 points ahead of Lewis.

Sadly, time is up for Lewis and I wish him well. I should spend my $30-million trying try to sign up Max.

As Mercedes have only given Lewis a one-year contract extension,  I now think this is Toto’s “Plan A”.

Ironically, should Lewis run away with the 2021 WDC, he will trigger the very clause in Max’s Redbull contract that will allow Toto to do this. (Opinion Piece by GP247 Reader: Nigel Marson)