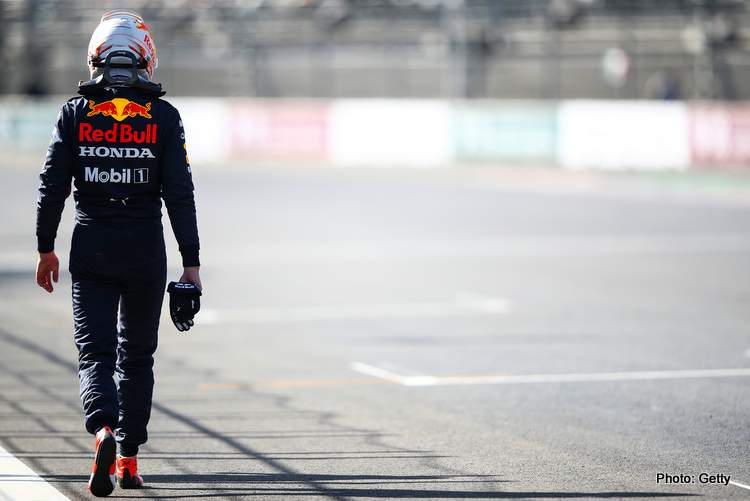 While by no means out of contention for the race win, Max Verstappen had a scruffy qualifying in Mexico, which has been a Red Bull favorite for years despite Mercedes’ dominance of past, where did it go so wrong, did Verstappen crack under pressure?

The headline story of this year’s Formula 1 season has been Mercedes’ massive dip in performance in comparison to their dominant form last year, and previous years as well.

As such, a good hard and fast analysis is to take each manufacturer’s best lap in qualifying and compare it to their relative previous best lap from last year or the year before, depending how the numbers puke out. It’s a study I’ve done now for many years, as it’s tracked AlphaTauri’s and McLaren’s steady rise to form, the collapse of Ferrari powered cars in 2020, and this year’s implosion of Mercedes F1’s qualifying pace.

Patterns and trends tell a story, and the pattern has been that every circuit F1 has visited this year, Mercedes have most previously out qualified Red Bull with the exception of Turkey, but that was a bit of a wild card. Of those races where track conditions were dry, Mercedes have not once extended a previous qualifying gap to Red Bull. In every case Red Bull has taken a significant chunk out of Mercedes’ qualifying advantage delta, and in many cases completely surpassed them on qualifying pace.

We arrive in Mexico City, the first race on the calendar this year where Red Bull has most recently out-qualified Mercedes on genuine pace. Mercedes did not show well in 2019 so dipping back to 2018 to use their previous best lap for the comparison to Red Bull’s 2019 lap indicates that Red Bull, at the very least, carried an advantage of 0.136s per lap in qualifying pace. Given the trend above, and as this circuit has always been favourable to Red Bull, it would appear Red Bull were set for pole position at minimum. Using 2021 performance results as an indicator between Red Bull and Mercedes, a dominant 1-2 look all but certain for the Austrian outfit.

Instead, qualifying saw Mercedes sweep the front row, and while it looked like Mercedes pulled one out of the bag, the reality is Red Bull fumbled this one big time.

Qualifying ended up being Red Bull’s worst of the year registering seventh best amongst their rivals, and to compound their issues, Mercedes theoretically put in their best qualifying session this year ranking fourth best on year on year progression. 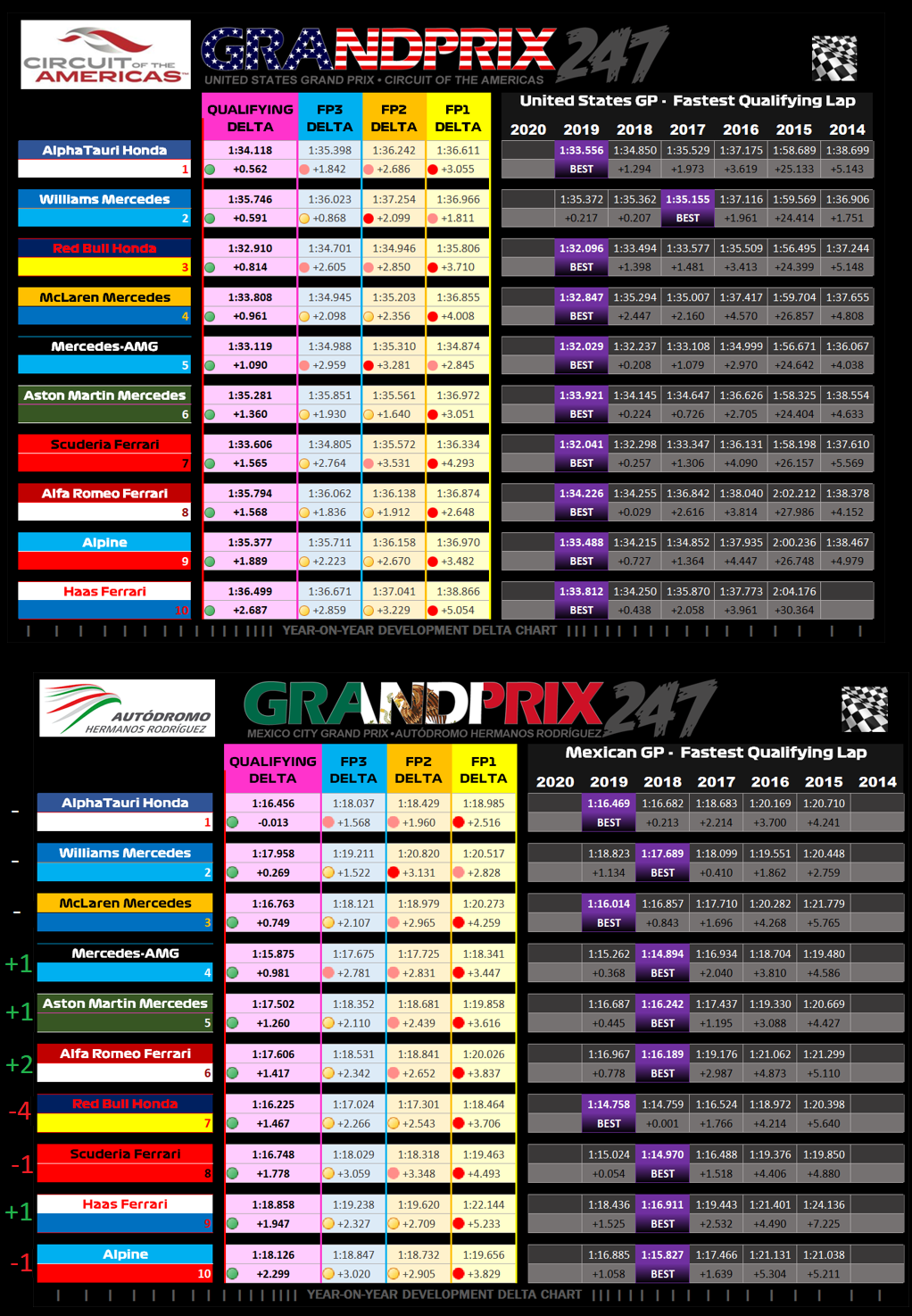 This is a comparison to the same data from the United States GP qualifying session that puts into perspective just how bad it was for Red Bull. This is indisputable evidence that Mercedes wasn’t sandbagging nor did they just magically dial up their performance as they essentially performed equally in Mexico as they did in Austin Texas. Where did all this magical pace come from? The result is entirely caused by Red Bull.

It seems that Yuki Tsunoda will be made a scapegoat, pure and simple. While the rookie was a visual distraction to Sergio Perez and Max Verstappen, he most certainly caused Perez enough grief for the Mexican to abort his lap, and for Verstappen to curse him after qualifying, but he did not cost Red Bull a pole position.

The exact devastating moment for the Japanese rookie’s case is, as Verstappen appears to be dialing in a competitive lap, the Dutchman registers a yellow second sector just after passing the Tsunoda/Perez incident and overall +0.270 seconds down on Valtteri Bottas. The optics are gruesome, it would appear Verstappen was ‘Tsunoda’ed’, but it is simply not true.

Breaking down Verstappen’s final lap of qualifying, that yellow second sector was triggered by running 0.001 seconds slower than his previous best. Looking at the breakdown of the sector, the final portion of it is shown as green suggesting he was quicker than any previous lap through that section. Yet it still doesn’t mean he didn’t lose time, but the most that could be sensibly attributed to the time loss caused by Tsunoda to Verstappen was 0.050s to 0.100s maximum. Sergio Perez was not on a lap indicative as being capable of beating a previous best either.

In the case of Tsunoda, it was a needless situation to create, and while it likely had no effect on the final positions of the Red Bull cars, it just looked bad.

Red Bull arriving in Mexico is the first time since the Sebastian Vettel era, that the playing field was slanted in their favour. They appeared to have Mercedes beaten only to go on to have their biggest qualifying flop of the season. Did the Red Bull squad and Verstappen in particular succumb to pressure? It most certainly appears they did.