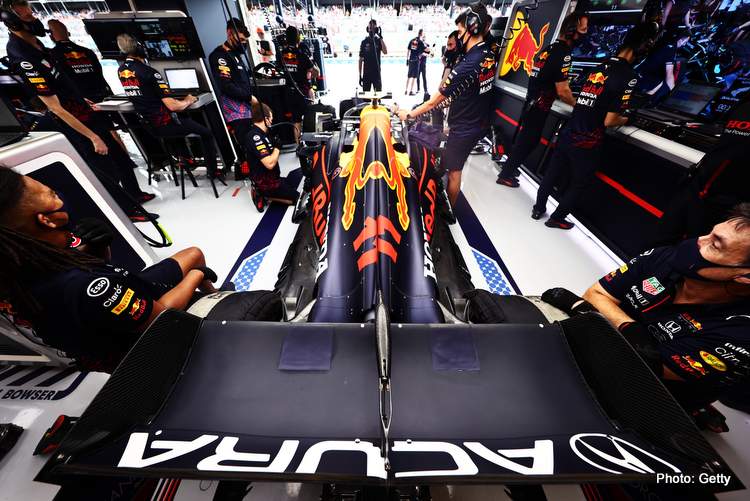 At Austin’s 2021 United States Grand Prix, there were two moments that weren’t just important to the end result, but also went uncelebrated behind the scenes. Tech Draft has a look.

When FP1 concluded on Friday, Mercedes identified a serious structural risk with its underfloor, and on Saturday during FP3 Red Bull identified a just as serious risk with their rear wing assembly.

From the technical perspective of vehicle operations in Formula 1, things take a traditional engineering route. If you’re an engineer, you will know what I’m on about when I talk about risk dashboards of traffic light systems where red means stop and react immediately.

For Mercedes and Red Bull, last weekend at the Circuit of The Americas, the red light flagging immediate action was flashing very brightly, and the primary risk was the very same in both instances: catastrophic composite failure.

One thing about F1 that some either don’t know, or simply refuse to acknowledge is that each design is bespoke, and at the front of the grid, design configuration is rarely in a state of status quo.

There simply isn’t a spare parts truck parked out the back full of interchangeable components to be swapped out if composite parts start cracking. In F1, because the design is unique, when it comes to composite parts, you’re essentially stuck with whatever you bring, including the design revision.

Unless parts are failing to impact or a production quality issue, they are under-designed and the only resolutions are to reinforce in-situ, or fast track remanufacture at the factory and expedite ship in.

When the factory is in the UK and you’re racing in Texas, you need to do something on-site, and fast!

I get asked quite often about what roles and responsibilities exist in the garage environment at a Grand Prix, and the need to perform quality intricate composites repair rapidly is a good example that the roles are diverse and multi-disciplined.

It’s easy to expect that the mechanics would cross-skill and back up as composites technicians, but who is going to disassemble and re-assemble in a fast-tracked repair whilst the mechanic is repairing carbon?

Believe me, as in the example of Red Bull’s rear wing composite failure, the high-pressure environment between FP3 and Q1 when a repair is needed, composites lay-ups are being done before a part is disassembled, whilst it’s being pulled off, and whilst its being put back on.

The cool thing about the F1 garage environment in a situation like that is that everyone is trained from a multi-disciplined perspective and chips in, regardless of how high up the chain they are.

And, the process is mapped, documented, and even rehearsed. Think of the never ending and highly detailed simulation training the heroic Project Apollo astronauts endured prior to launch: all risk covered to the nth degree.

Clearly, the highly organized response in such a tight time frame to both Verstappen’s and Perez’s cars was successful as the result was a win and double podium on Sunday.

Likewise, Mercedes response to a serious concern about their diffusers’ ability to withstand the seriously bumpy surface at Austin in such a tight time frame was another demonstration of multi-skilling and organizational excellence.

Nevertheless, as the 2021 season approaches such a tightly contested conclusion, and we all discuss what will be the factors differentiating who wins, they are highly organized responses to unforeseen risks such as these that may well contribute.