Marko: One of the best races I’ve seen from Max 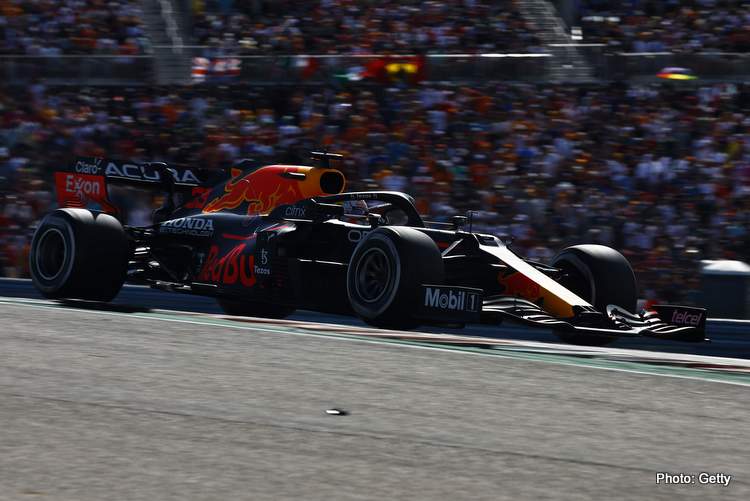 Red Bull consultant Dr. Helmut Marko, is no doubt, Max Verstappen’s biggest fan, singing his praises after that amazing Austin win, saying it was one of the best races he’s seen from the Dutchman.

No one can blame Marko for being so enthused after the 2021 United States Grand Prix, where his young charger took a dominant win, after executing a well-managed race, with meticulous tyre and pace management.

Speaking with Motorsport.com, Netherlands, the Austrian gave his view of Verstappen’s latest achievement.

“This win in Austin was definitely one of the best races I’ve seen from Max,” Marko claimed. “At the start it went wrong for a while, but after that we were significantly – and then really significantly – faster than Mercedes on mediums.

“However, we could not convert that advantage behind Hamilton into time gain and Mercedes was faster on the hard tires,” he explained.

“After the first stop, Max actually started a little too fast and his own tires went as a result,” Marko went on. “At the second stop he clearly learned from that. Max deliberately slowed down in turns 4, 5 and 6.

“He left about half a second there,” the 78-year old pointed out. “As a result, Hamilton came closer, without Max getting very nervous.

“When Hamilton was about 2.5 seconds behind Max, he accelerated again half a second per lap.”

According to Marko, this performance was reminiscent of Verstappen’s debut race with Red Bull in Spain in 2016, which was also the 24-year old’s maiden win in Formula 1.

“Precisely this combination of managing speed and saving tires has already been shown in Barcelona,” he said. “That is why I like to compare this victory with that.”

The racer turned consultant was even more impressed with his star driver’s mental capacity in reading the race conditions, as he contributed his opinion on the team’s race strategy, where everyone heard him over the team radio asking his team to employ his teammate Sergio Perez to block the chasing Lewis Hamilton.

“That is extraordinary,” Marko proclaimed. “That shows me that he still has a lot of capacity left to think about strategy during races.”

And as if all those deeds weren’t enough, the man in charge of Red Bull’s drivers’ program revealed that Verstappen was contesting the race in Austin while being ill, saying: “He was not completely fit, no.

“He said that at a certain stage it even became quite difficult to see. With breathing exercises and plenty to drink he got through it again.

“But when he got out after the win, I would almost say that he was just as shaky on his feet as after the crash in Silverstone,” Marko shockingly claimed.

Verstappen now heads to the next race in Mexico, where he and his team usually excel, leading the drivers’ standings by 12 points over Hamilton, as Red Bull trail Mercedes by 23 points.