Perez: All in all it was a positive Friday 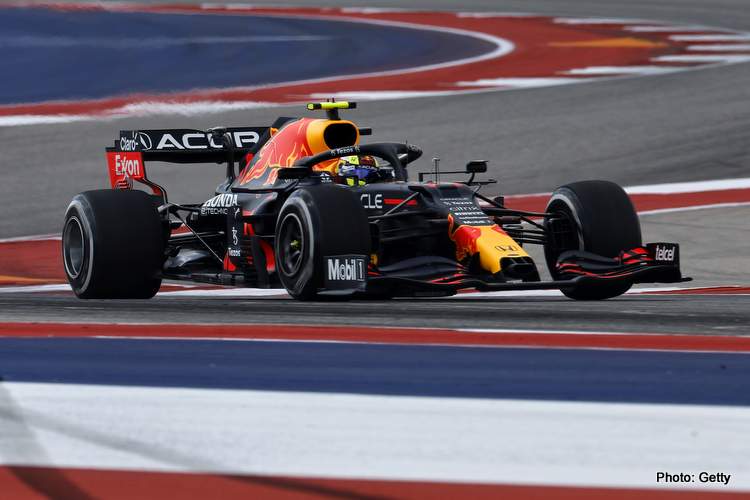 After ending FP1 of the 2021 Formula 1 United States Grand Prix in seventh place, Red Bull’s Sergio Perez bounced back going fastest in FP2 claiming that he had a positive Friday.

The Mexican considers the US Grand Prix as his second home race, and if that wasn’t enough, Perez is entering his race weekend full of confidence after a strong showing in Turkey, where he finished third, playing his support role to Max Verstappen perfectly, by holding off Lewis Hamilton during the race. As a result, the Briton failed to achieve more the fifth at Istanbul Park compared to Verstappen’s second, consequently losing the lead in the drivers’ standings.

Perez had a slow start to his American weekend, ending FP1 almost two seconds off the pace of session leader Valtteri Bottas. However he was able to find some pace in the afternoon, enough to set the fastest time in FP2.

“Today was a good day and FP2 was promising, but it’s going to be very tight in qualifying tomorrow,” Perez said in his team’s media brief.

The winner of two grands prix was wary of Mercedes’ pace: “Mercedes were certainly very strong so let’s see what they have when it counts,” he revealed. “I think we have to find a couple of tenths and put everything together to be in the mix for pole.

“There’s a lot to be done now with the engineers to try and improve the car, I think there is some margin to improve our long run pace and our tyre degradation, but all in all it was a positive Friday,” Perez concluded.

It hasn’t been the easiest of seasons for the Mexican veteran, as he struggled to get close to Verstappen during qualifying, but has more than made up for that with strong showings on race-days, seemingly doing enough to show Red Bull that he is the perfect teammate for the team’s Dutch star, thus receiving a contract extension for 2022.

Perez is currently fifth in the drivers’ standings with 135 points, 10 less than McLaren’s Lando Norris in fourth. He will start his 208th grand prix this Sunday, his 17th for the energy drinks team.

Friday Time to at the #USGP pic.twitter.com/Z0GyFLjhfH