Tech Draft: No one running away with 2021 title 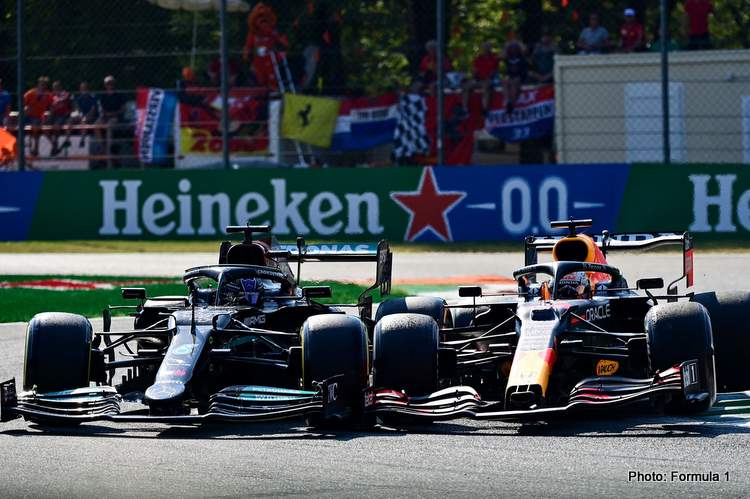 This edition of Tech Draft looks at one of the most closely contested Formula 1 seasons in recent history, where as it seems, no one is running away with the title.

With six races to go in the 2021 Formula 1 season, and six points separating Max Verstappen and Lewis Hamilton in the drivers’ standings, I don’t think form is a reasonable factor in determining  this year’s title victor.

In fact, I would argue vehemently against making any predictions at all.

The competitive balance between the primary title challengers and their respective teams this year is so finely poised that I can’t validate any way of determining who will win the 2021 F1 drivers’ crown.

In the vacuum of any substantial direct operational F1 news between the last round in Istanbul and this weekend’s resumption in Texas, the F1 media world has abounded with many articles discussing where the balance of power may lie in the battle for this year’s title.

Who has the advantage at this track, who at another, who will perform better at altitude, which driver performs better at whatever circuit, it is all wishful thinking and guessing at best.

And, by guessing, isn’t the premise pointless?

At the back end of the closely fought 2021 F1 Drivers’ Championship, making predictions on historical data is a complete waste of time because the competitive level of the title is so close that specific advantages don’t really exist between them anymore.

Rather, whilst there may be minor nuanced subtleties between the drivers and their respective chassis, the truth is that, this season will be concluded at a level of parity that we have not witnessed in F1 in recent memory.

Even though all F1 teams would now be directing their technical efforts primarily towards their 2022 designs, and contrary to the media statements that might deny the fact, it is certain that both Red Bull and Mercedes would be failing in their duty of care obligations to be neglecting the conclusion to this season.

Not only does a team’s finishing position in the Constructors’ Championship equate to much needed revenue due to prize monies, but the brand exposure generated by being in contention for, and to possibly win the championship is simply value that can’t be bought elsewhere, and is in reality the primary reason why any brand competes in F1 anyway.

It only seems logical that both Red Bull and Mercedes will be investing the adequate resources required to give themselves the best opportunity to continue to fight for this year’s title, and therefore it would seem just as logical to assume that the similarly equal level of effort on both sides will keep the competitive level at some sort of status quo through to the season’s conclusion.

Quite simply, I don’t think at this stage of the year that there is going to be a sudden runaway winner.

No, I think the close and tense battle that has ebbed and flowed all year is going to continue.