Hamilton versus Verstappen: Showdown in Texas 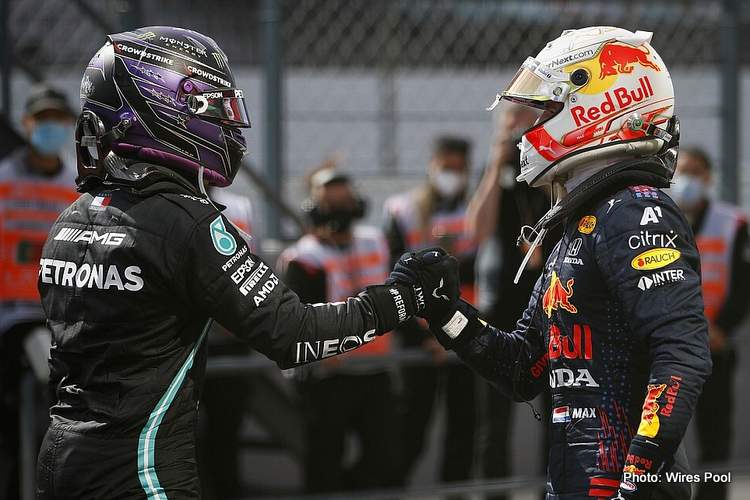 Lewis Hamilton and Max Verstappen have traded the Formula 1 championship lead four times in six races and the 2021 United States Grand Prix in Austin could provide yet another twist in the tale.

Red Bull’s Verstappen leads Hamilton by six points after 16 of 22 races but the Circuit of the Americas holds happier memories for Mercedes’ seven times world champion.

There was no race last year due to the COVID-19 pandemic but Hamilton clinched his sixth title in Texas in 2019 after celebrating his third there in 2015.

No driver has been more successful than the Briton in Austin, with Hamilton enjoying five wins from eight starts. Every winner has also started on the front row and Mercedes have taken pole position in the last six.

“Austin has been a Hamilton stronghold for quite a few years now,” observed Red Bull team boss Christian Horner after Verstappen took back the lead from Hamilton in Turkey.

Valtteri Bottas won in Istanbul for Mercedes and was also the last winner in Austin, from pole, but the Finn will be expected to cede to Hamilton if circumstances demand it in Austin.

“This season has had so many twists and turns, so we’re ready to react to whatever comes our way this weekend in Texas,” said Mercedes boss Toto Wolff, whose team are 36 points clear of Red Bull in the constructors’ standings.

Verstappen has won seven races to Hamilton’s five this season and has also led many more laps than his 36-year-old rival.

While Austin should play more to the strengths of the Mercedes, with several long straights, there are also sharp, low-speed corners and good overtaking possibilities to encourage Red Bull.

There is also always a first time and Verstappen is ready to seize his chance: “We have always been competitive in the United States and have got close to some good results. So it’s about converting that into a win now.

“We go to every track now knowing that we can fight at least for a podium now, but also a win and that is different to past years. We are focused on doing the best we can and always trying to win the race, and that will be no different in Austin. It will be another close battle this weekend and I am looking forward to that.”

The battle for third place in the constructors’ standings remains red hot, with McLaren 7.5 points ahead of Ferrari and both hopeful.

Australian Daniel Ricciardo will be particularly looking forward to Texas and receiving a reward from McLaren boss Zak Brown for winning the Italian Grand Prix.

Ricciardo will be taking the late Dale Earnhardt Sr’s 1984 NASCAR Wrangler Chevrolet Monte Carlo for a spin around the circuit.

“He’s a big hero of mine, so to be able to drive one of his cars is going to be a surreal moment and a bit of a dream come true. A big thanks to Zak for keeping his end of the deal and making this happen.” (Reporting by Alan Baldwin)

Formula One statistics for Sunday’s U.S. Grand Prix at the Circuit of the Americas in Austin, Texas. The race is the 17th round of the 22-race world championship: