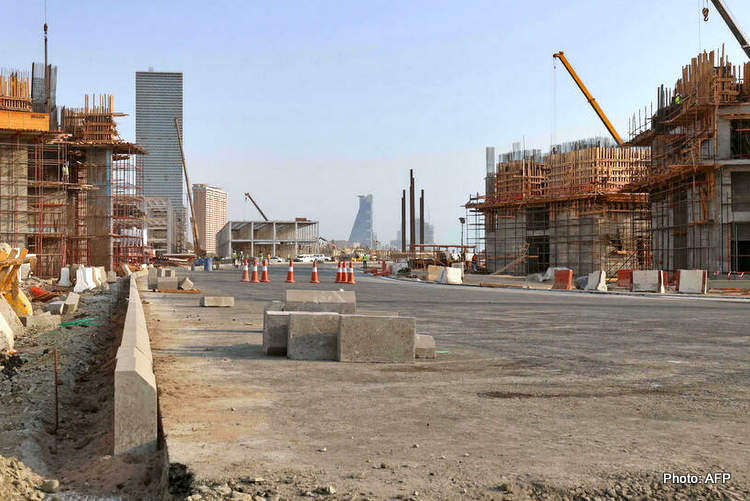 Saudi Arabia is working overtime to prepare for its Formula 1 debut, an official said, with the track still under construction ahead of the race in early December.

The official, speaking on condition of anonymity, said organisers were “racing against time” and working “round the clock” in the Red Sea city of Jeddah.

A visit to the track this week showed there was still much work to be done, with buildings under construction and cranes and diggers on site.

The floodlit circuit will run over 6.175km (3.8 miles), the second-longest on the F1 calendar, and will feature 27 corners. The race weekend is from 3-5 December.

Prince Khalid bin Sultan Al-Faisal, president of the Saudi Automobile and Motorcycle Federation, said there was a “huge demand” for tickets, even at a time when travel remains difficult because of the pandemic.

“We’re expecting a huge turnout, especially from Europe and the United States,” he told reporters.

“The Formula One project has cost a lot, and it is standard that cost is compensated by the sale of tickets as well as other sources, including advertisements and local sponsors.”

The conservative kingdom has frequently been accused of ‘sportswashing’ after it began hosting a series of high-profile competitions.

Formula 1 has come under close scrutiny over the staging of a race in Bahrain, and the addition of Saudi Arabia is sure to escalate criticism from human rights watchers.

The Saudi Arabian Grand Prix will be the penultimate event of the 22-race F1 calendar for 2021 which concludes in Abu Dhabi, in Gulf neighbour the United Arab Emirates.