Wolff: A fine line between reliability vs performance 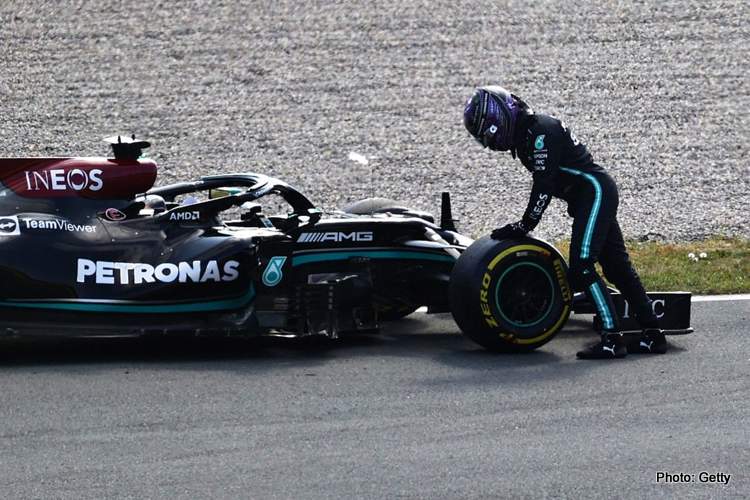 Lewis Hamilton retook the lead in the Formula 1 championship with his 100th win in Russia on Sunday but engine concerns are hanging over the Mercedes driver’s bid for a record eighth title.

Teammate Valtteri Bottas took a hit and started 16th on the grid in Sochi after Mercedes replaced some power unit elements in his car.

While the Finn is now using his fifth engine, two more than permitted without penalty, Hamilton is still within his allowance but Red Bull team boss Totto Wolff told reporters at Sochi that he expected the Mercedes driver to also face engine PU penalties in upcoming races: “We’re not privy to that kind of information.

“But you’d assume with the amount of Mercedes engines that are being changed in their sister car and customer teams, you’d expect potentially for there to be a penalty, but obviously we can’t rely on it,” cautioned Horner.

Mercedes team boss Toto Wolff said there were “some question marks” and decisions to be made regarding the power units, with customer teams Williams and McLaren also experiencing problems in Sochi.

“We are in a phase of assessment how to continue this season in terms of power units,” added Wolff.

The Dutch 23-year-old is only two points behind Hamilton, who may have to take an engine penalty between now and the season-ending race in Abu Dhabi.

The Briton said at the weekend that was not definite, however: “I’ve lost one engine, Valtteri’s had several,” he told reporters after Saturday qualifying in Sochi as questions were asked about possible penalties. There’s been others that Mercedes have seen up and down the paddock.

“So right now I’m trying to treat my engines with the absolute care when I’m driving, in terms of how much I’m gassing it and how much just revving the nuts off it, so I’m just really trying to minimise the laps that I do. But who knows? I can’t control the future.”

The concern for Wolff and Mercedes is that any retirement, with the loss of a potential 25 points, could be a killer blow for Hamilton’s hopes.

They could therefore decide to add an engine to the Briton’s pool, at a race where Mercedes’ hopes of winning are not so great anyway.

“Reliability versus performance is always the fine line that you need to get right. Nobody, neither us nor our competitors can afford a zero-point race weekend,” added Wolff. (Reporting by Alan Baldwin)