Brawn: Lando is my driver of the day 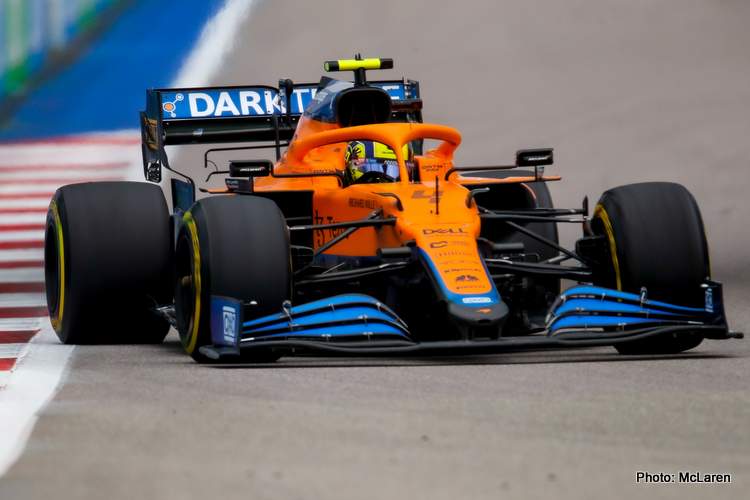 Ross Brawn, Formula 1 Managing Director of Motorsports, weighed in with his opinion on Lando Norris’ race at Sochi, while heaping praise for the young Briton.

“Lando is my Driver of the Day,” Brawn said in his column for F1.com. “Listening to him on the radio when the team were talking to him, his composure was impressive. He’s come on leaps and bounds in the last couple of years.”

On a day when Lewis Hamilton was winning all the accolades for winning his 100th Grand Prix, a monumental achievement by the seven-time world champion, Brawn was sure to spare a thought to Norris, whose late race decision to stay out on slicks, as the rain poured over Sochi Autodrom, against his team’s wishes to pit for intermediates backfired badly. He ended up seventh on a day where he could have achieved second in the worst cases.

Brawn however can imagine how Norris felt, he said: “Lando will be hurting right now. We all felt his pain when he slid off the track. It was a tragedy.

“I’ve been in that situation – when you need to make a big strategy call. I’ve won races by hanging on, I’ve lost races by hanging on. A good example is when Rubens Barrichello won the German Grand Prix in 2000 for Ferrari. We insisted on him coming in and he said ‘no way’ – and he hung on and won the race.

“Those scenarios are so difficult and in Sochi, it was especially tricky as only half the track was wet. Even with radar, no one is completely certain how wet it will be. And if you’re leading a race, you don’t want to give it up.”

Brawn then highlighted that, with Norris being the leading car, he was at a disadvantage in deciding what to do.

“When you’re in the front, the guy in second has a much easier decision to make as he has nothing to lose. He either stays out and does what guy in front does or takes a punt and he is unlikely to be any worse off than he was to begin with.

“Lando will go away from this and become a stronger driver,” insisted Brawn. “So much would have been preying on his mind, including the fact he managed to cope in qualifying better than anyone else. I see why he was insistent with his team.”

As for the question on everyone’s mind, about the way McLaren handled their young charger, Brawn explained: “You could ask – should his McLaren team have taken the lead and insisted he pit when he said he didn’t want to? A driver is in a bubble. He doesn’t see what’s going on.

“In this case, I’d say it’s 60/40 in favour of the team making the decision but it’s so difficult because you don’t want to give up the lead of the race.”

“That sinking feeling a driver or a team gets when they realise they made the wrong call, and the lead is evaporating before their very eyes, is horrible,” said Brawn acknowledging the pain Norris and his team are going through.

And concluded: “They have my sympathies, but that kind of drama is what makes F1 so fantastic.”

Despite the disastrous ending to his race, Norris leaves Russia maintaining his fourth position in the drivers’ standing behind Mercedes’ Valtteri Bottas on 139 points, whereas his team is still third, leading Ferrari in the constructors’ championship by 17.5 points.