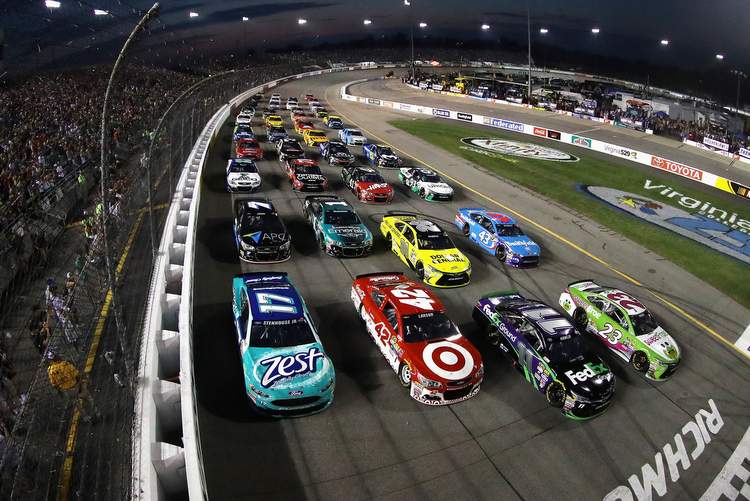 NASCAR and motorsports as a whole certainly aren’t the most popular in the sports world, especially in the US, but they sure are trying. NASCAR continues to strike deals with up-and-coming betting companies, most recently being WynnBET Colorado.

Securing Colorado was very important, not just because the betting market in America is still so new, but also because the seven other states of America in which sports betting is legal only record the betting data of the most popular viewing sports.

On the other hand, Colorado includes a top ten list, giving motorsports ample room to jot down their numbers. In order to spread its popularity, motorsports companies, primarily NASA, have partnered with many other organizations in the past. Here are some of the most influential sponsorships in motorsports history.

Formula 1’s partnership with Red Bull is definitely one of the most influential sponsorships from brand recognition alone. However, the ever-popular energy drink company took things with F1 a step further: in 2004, the Red Bull F1 racing team made their shocking debut.

Ever since, this novelty team has done surprisingly well on the racetrack, racking up win after win ever since they made their first podium back in 2006. F1’s sponsorship with Red Bull, and the success of Red Bull’s racing team ensure for both companies’ large benefits both in publicity and in money. As a result, it’s one of the best sponsorships in the history of motorsports.

Although Red Bull has spent the most on Formula 1 than the average of its competitors -over 26 times! – Marlboro’s investment isn’t far behind, at a whopping 17.9 times the average of all F1 sponsors. What it lacks in sponsors, it more than makes up for in its racing repertoire.

Clocking in with 9 total wins in the F1 Drivers’ Championships, McLarens sponsored by Marlboro are some of the most successful sponsored race cars in the industry.

Another corporate beverage juggernaut had its hand in the motorsports industry, this time with NASCAR. Coca-Cola, being by-and-large the most popular drink brand in the world, essentially graces their sponsors with their brand, and NASCAR is no different.

Having started the partnership in the 1960’s, what began as a simple request for NASCAR drivers to drink Coke before and after a big race evolved into a massive sponsorship for motorsports. Eventually, NASCAR’s longest racecourse, the World 600, was even renamed to the Coca-Cola 600.

The track is 600 miles long and held every year in North Carolina. You could say that NASCAR has gotten a lot of mileage from its partnership with the Coca-Cola company.

The last entry to go on this list is also one of NASCAR’s top backers, GEICO. If you happen to live anywhere in the West, then you have surely heard of the gecko with a British accent (who also happens to sell car insurance).

The company acts as NASCAR’s official source of car insurance, something that would really come in handy given the risks drivers have to put themselves through. This year, NASCAR took their partnership with GEICO to the next level, marking the debut of their very own official race:

The GEICO 500, a nearly 200 laps, 3 mile race track held in Alabama. With GEICO getting extended media coverage, and NASCAR getting insurance coverage, this partnership really is the best of both worlds.

The world of motorsports is fast on the rise, almost as fast as the cars they made to race. With the increase of technological advancements, the motorsports fanbase can only grow, and with that growth comes new sponsors, who can hope to benefit from the exposure just as much as the motorsports industry would be benefiting from their sponsors.

NASCAR betting is growing in popularity, and with that, more and more sponsors will want to lend a hand and get their name out there — or painted on a car.