Hamilton: I was not aware Max was in hospital 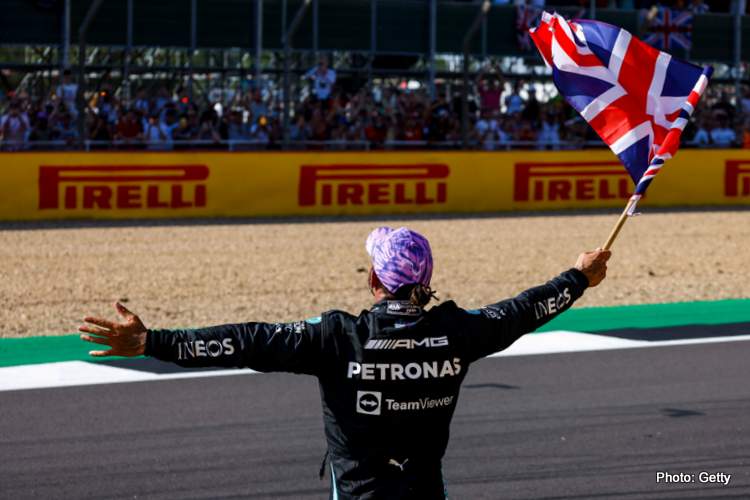 Lewis Hamilton revealed to reporters that he was no aware Max Verstappen was in hospital when the Mercedes driver celebrated his victory at the British Grand Prix two weeks ago.

Much has been written about the clash between the sport’s best drivers of this era, the high-speed collision resulted in Verstappen crashing heavily at Copse corner after Hamilton’s Mercedes tapped the Red Bull and sent it into the wall.

The 51G impact winded and bruised Verstappen who was hospitalised in the aftermath of his biggest crash to date in Formula 1.

While the incident divided opinions throughout the F1 world it also triggered a war of words between the two camps, with Verstappen particularly aggrieved at having to watch from a hospital bed as his rival celebrated victory in front of the adoring British crowd.

But Hamilton, speaking in public about the incident for the first time, told reporters in Budapest he was oblivious to Verstappen’s condition: “I really was not aware. I was not made aware; I saw on the screen that he had got out of the car and looked OK and then I was told he was fine. So I was not aware until the media conference afterwards that he visited the hospital.

“I did give Max a call to see how he was. My respect is still there, maybe it’s not reciprocal but that’s ok….” added the seven-time F1 World Champion.

On Thursday, in a separate press conference session, Verstappen said: “When one guy is in the hospital and the other one is waving the flag around like nothing has happened while you pushed the guy into the wall at 51G…. That’s what I found really disrespectful.”

The feud between Hamilton and Verstappen has reached epic proportions, some would argue that F1 has needed a proper title fight denied by Mercedes’ serial domination for the past eight or so years.

Among the most famous rivalries F1 has known, was the Ayrton Senna versus Alain Prost, but this one between the sport’s two best drivers – Hamilton and Verstappen – could become even more toxic.

Hamilton toughed on the subject: “I remember watching this Prost-Senna. At the time it was exciting. I had no idea if it was good or bad for motorsport.

“Now we have seen two teams incredibly close. I don’t like to compare to past champions. This now is a new era and new times. It is not bad for the sport. If there are more people watching it’s good.

“In terms of the move, I would do it exactly the way… I did it. In terms of how I’ve reviewed it and analysed from all my experience, and my experience obviously with over the years speaks for a lot, I wouldn’t change it,” insisted Hamilton.

The ugly consequences of the incident was the hate and racist comments directed at F1’s most successful driver, but Hamilton say’s he was not perturbed: “Nothing new to me. I would say it is amazing to see the support from the team and from other drivers.

“For the first time, I felt I did not stand alone. Until now no one had said ever said anything. If I have to be like this to people to become aware that is part of my journey and that is why I am here,” added Hamilton.

The reigning World Champion is hunting his 100th F1 victory and his ninth Hungarian Grand Prix win this Sunday while looking to further close the gap on Verstappen who leads the title race by eight points after ten rounds.

1. 2. 3… ✊ A great reward for everyone in the Team after a tough few races. 👏 pic.twitter.com/HmZj2jwvkU