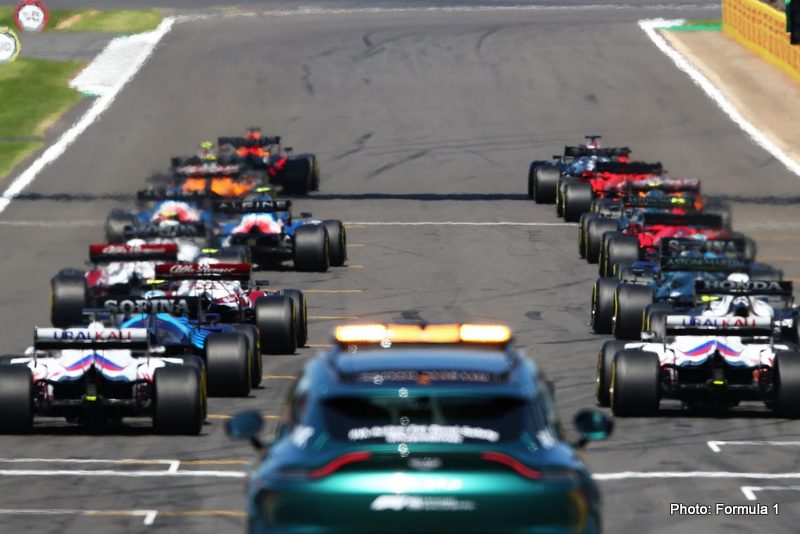 Ross Brawn was pleased with how the Sprint Qualifying format worked at the British Grand Prix and described it as “good platform”.

Lewis Hamilton was quickest on Friday, but ceded pole position to Max Verstappen during the sprint.

Fernando Alonso was perhaps the star of Saturday though, picking up five places on the opening lap and securing a P7 grid slot.

The top three in the sprint picked up three, two and one points respectively and Brawn praised the drivers for “some fabulous battles”.

“The main thing was we had some exciting racing because racing drivers can’t help themselves,” he told RaceFans.

“They were short and sharp. The teams didn’t have a say in what happened in the race because it was just down to the drivers. So there was no strategy, no pit stops. I give it a vote of success and certainly a good platform for something in the future.”

The format is set to be used for a second time at the Italian Grand Prix, and Brawn does not anticipate it being tweaked prior to Monza.

“You could look at one or two things, but I don’t think there’ll be major,” he added.

“What we don’t want is to change the format of the weekend, that means the fans have to readjust to it because we certainly don’t want that.”