Hakkinen: When you’re racing at speed these things happen 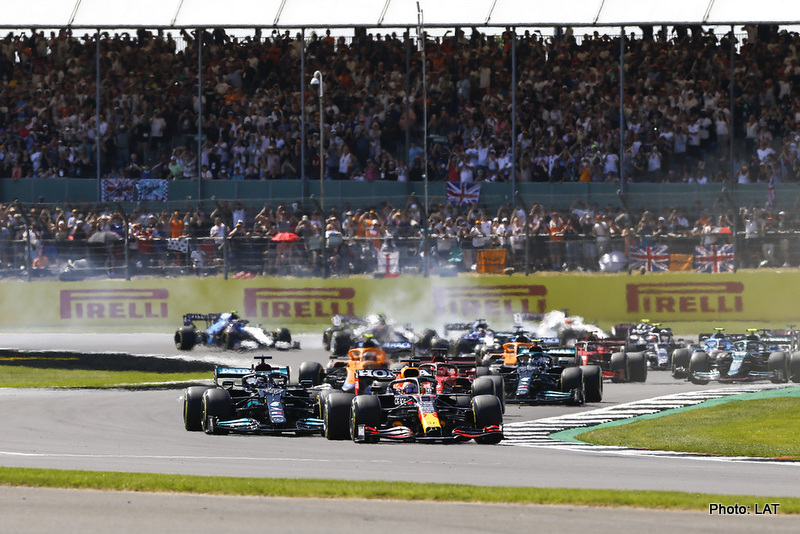 Mika Hakkinen described the collision between Max Verstappen and Lewis Hamilton at the British Grand Prix as a “pure racing incident” in his latest post-race column.

The two-time world champion was one of many onlookers as the two title rivals clashed on the opening lap of the race at Silverstone on Sunday, with Verstappen sent into the barriers as a result.

Hamilton picked up a 10-second penalty for causing the crash, but managed to recover and secure victory, his eighth British Grand Prix win, while also cutting the points margin to just eight points.

Hakkinen was involved in numerous close battles with Michael Schumacher during the 1990s and early 2000s, and said that from experience when cars go wheel-to-wheel the chance of a collision is always there.

“Sunday’s collision between Max Verstappen and Lewis Hamilton during the British Grand Prix was a pure racing incident,” he wrote in his Unibet column. “When you are racing at those speeds and going for the win, these things can sometimes happen.

“As a top driver, going for the World Championship, you are not there to back off. It’s our job to race, and I know from my own experiences that when you are racing wheel-to-wheel there is always the possibility of the cars touching.

“Max is feeling very confident. He has won five Grands Prix this year and is leading the World Championship. He made such a great start, and was not going to give up the position to Lewis very easily, particularly at such a fast corner which then leads into a complex of three corners – Maggotts, Becketts and Chapel – where overtaking is not really possible.

“Lewis is equally confident in himself and his car. He has achieved so much success, and has so much experience, which means he is very focused on the win, and to gaining track position over Max.”

Verstappen was taken to hospital after the race but later confirmed he was ok and without any major injuries, prompting Hakkinen to praise the FIA for its work on improving safety.

“When I saw them touch I stood up and thought ‘Oh My God’, because that is such a high speed corner,” he added.

“It’s very fast and not one at which you want to go off. I am very glad that Max was unhurt, and it is another sign of just how strong these cars are and the fantastic work which the FIA does to make sure you can walk away from that kind of impact. At 51G, it is the kind of impact that would not have been easy to survive in the past.”