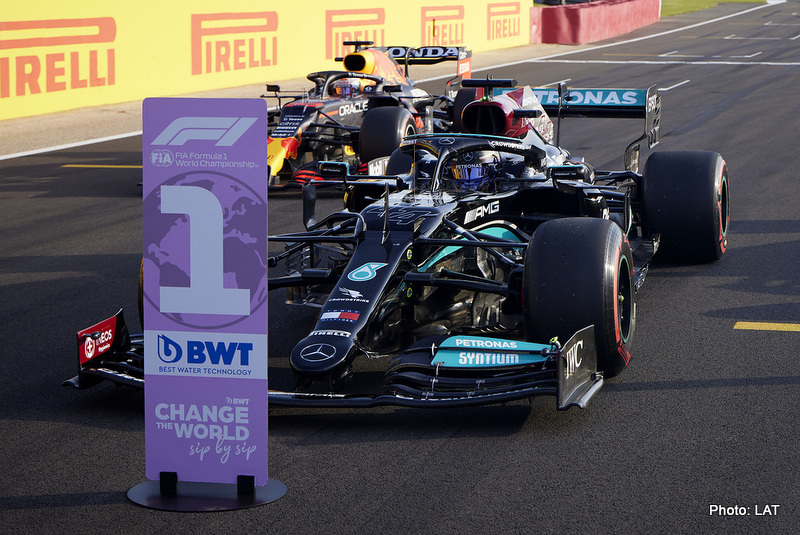 Lewis Hamilton returned his Mercedes to form delivering the fastest lap in qualifying ahead of Max Verstappen, much to the delight of the British fans on a Friday afternoon in Silverstone.

Let’s crunch the numbers from the qualifying session and figure out what really went on Friday near the Northamptonshire village of Silverstone.

Red Bull Honda vs Mercedes by the numbers 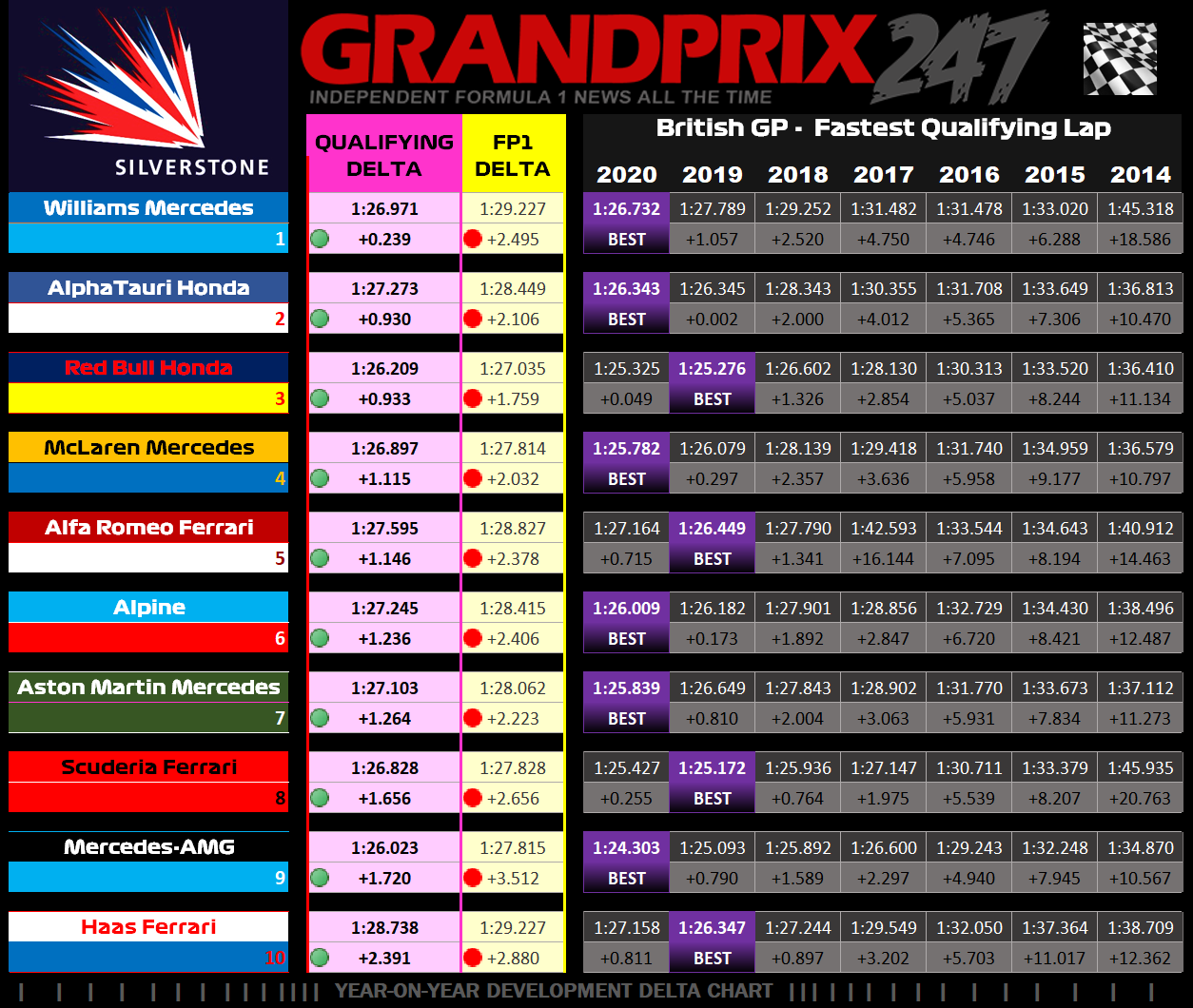 While Hamilton and Mercedes qualified ahead of Max Verstappen for the first time since round six at the Azerbaijan GP, it wasn’t exactly the performance anyone was expecting. Much credit to Red Bull and Verstappen for once again taking a healthy bite out of Mercedes’ qualifying lap time advantage, down to about a car length.

The progress chart above shows comparisons from each team’s fastest lap today compared to their respective fastest lap in previous years. Despite a lot of discussion about upgrades, the top four teams are in the exact same order in regards to development as the previous race two weeks ago in Austria. Williams once again lead the charge only 0.239s per lap slower than their previous best effort in 2019. Red Bull remain at the sharp end, while Mercedes are plunged once again down the order shown as the second worst developed car.

To be clear, despite being fastest in qualifying, the numbers in no way indicate that Mercedes have benefitted from development gains from previous races as one would expect, at least not in any obvious way. Mercedes being fastest today is simply a matter of Red Bull playing catch up at Silverstone, and Silverstone alone. For example, the relationship of development losses was no worse today for Mercedes than it was in Monaco, one of their worse qualifying sessions earlier this year. The difference is a larger gap once existed at Silverstone, and while it has since evaporated, Red Bull finding seven tenths was not enough in this case.

More interestingly, Hamilton was the fastest car in qualifying despite a run of triple yellow sectors. In a highly unusual result, not only did every driver in the top five fail to deliver a purple sector on their fastest lap, but not one of them delivered a run of triple green sectors either. Verstappen was the second worst offender of the bunch with two yellow sectors. After qualifying on his cool down lap, Verstappen said “f***ing s***” over the radio in frustration to his team, and he was right, indeed it was.

The Fastest Sector of All Drivers

The prospect of McLaren taking the fight to the leaders has come and gone as Ferrari’s Charles Leclerc crawled past both McLaren drivers to qualify fourth. While the battle between Red Bull and Mercedes has dominated the headlines, the McLaren and Ferrari battle is fully on as well.

With Lando Norris recovering from a mugging during the Euro 2020 final and Covid-19 positive tests within the McLaren camp, they’re in for a challenging weekend while Ferrari have the potential to rub salt in their wounds.

Daniel Ricciardo making an appearance in Q3 was a welcome sight, and showed the smallest delta to a teammate getting beaten by a miniscule 0.002s. Carlos Sainz is in the rear gunner position of the quartet but as history has shown this year, it would be foolish to count him out of the battle for best of the rest.

Williams driver George Russel a.k.a Mr. Saturday put in a particularly strong showing for a Friday, significantly ahead of his Canadian teammate Nicholas Latifi. Mr. Saturday’s result makes Williams the fifth fastest team just behind McLaren so far this weekend.