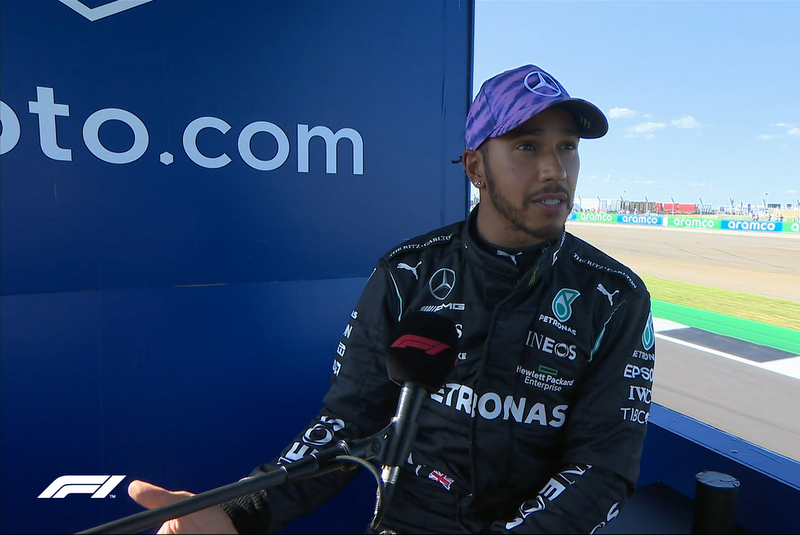 Lewis Hamilton gave the new Sprint Qualifying format his seal of approval despite missing out on pole position to Max Verstappen ahead of the British Grand Prix at Silverstone.

The 36-year-old topped qualifying, which was shifted to Friday, but failed to convert that into a pole after being jumped by Verstappen at the start of Saturday’s 100km sprint race.

The Dutchman had to defend from Hamilton early on, before extending his advantage to around three seconds.

Late on the seven-time world champion appeared to be coming back into contention, but it was not enough to snatch back pole from his championship rival.

Looking back on the weekend so far, Hamilton rued his slow start, before promising to bring his “A-game” for Sunday’s Grand Prix.

“I wish we could redo the start again but luckily, we have it again tomorrow,” he said. “I don’t know how it was to watch for the fans. I think this weekend has been awesome.

“It was such a fun day to have qualifying on a Friday, it was way more enjoyable. I don’t know if that was the most exciting race or not but we should do more like that, maybe a different version of it because it makes the weekend more enjoyable I think.

“I need everyone to bring their energy tomorrow and I will bring my A-game.

“I gave it everything today. I want to give a lot of love to the fans, I can’t tell you the energy that I am getting from everyone,” Hamilton added.

“I am sorry I wasn’t able to get the win in Sprint but tomorrow we fight again. I hit target on my start, it is just not good when you lose from P1 but we try to turn a negative into a positive tomorrow.”