Brundle: I quite like the jeopardy of Sprint Qualifying 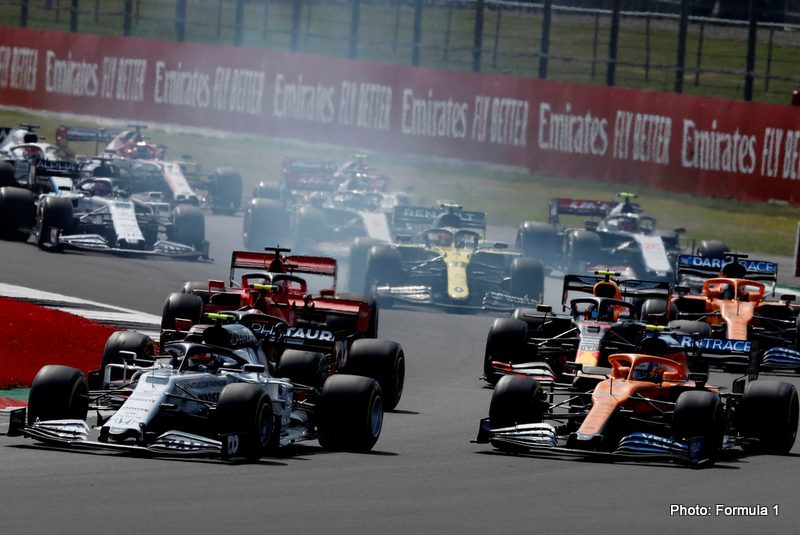 Former Formula 1 driver Martin Brundle is looking forward to the new Sprint Qualifying format being trialled at the British Grand Prix this weekend.

For the first time at Silverstone, F1 is introducing the new format, which will see traditional qualifying shifted to Friday and a 100km sprint race added on Saturday.

The change will create numerous challenges for the teams, who will have to go into qualifying with just one hour of running under their belts.

Brundle predicts that this will prove difficult and expects it to shake things up as result.

“I am excited about it as trying a concept like this is something I have talked about for a long time,” he told Sky Sports F1. “It energises Friday, Saturday and Sunday and makes the whole weekend appointment to view.

“The teams have got so much data and simulations, the driver-in-the-loop simulators, wind tunnels, and so they turn up to races with cars with set-ups that are pretty close to what they need them to be.

“But in this format, if it’s raining on Friday for first practice, for example, and they don’t get any regular running, we go straight into qualifying a few hours later. I quite like the jeopardy of that.”

The format has not received universal support, with FIA president Jean Todt recently questioning the decision to introduce it.

Brundle though believes it is worth experimenting with to see how the changes work, with the option to use it at certain races in the future.

“So let’s give it a try,” he added. “Get them on the track and let the cars race.

“Who doesn’t like a standing start, a mad rush to the first corner, and then battles through the opening laps? So why not try to form the grid up that way?

“I’ve always thought there should be three different types of race weekend. For example, something like the ‘Sprint’ weekend, the ‘Classic’ weekend or the ‘Street Circuit’ weekend. Formats easy to understand and digest.

“I don’t think this sprint format will come in at every race in future as obviously you couldn’t do it at Monaco and places like that. But Spa, Monza and all those venues with really big crowds, why not give them something.”