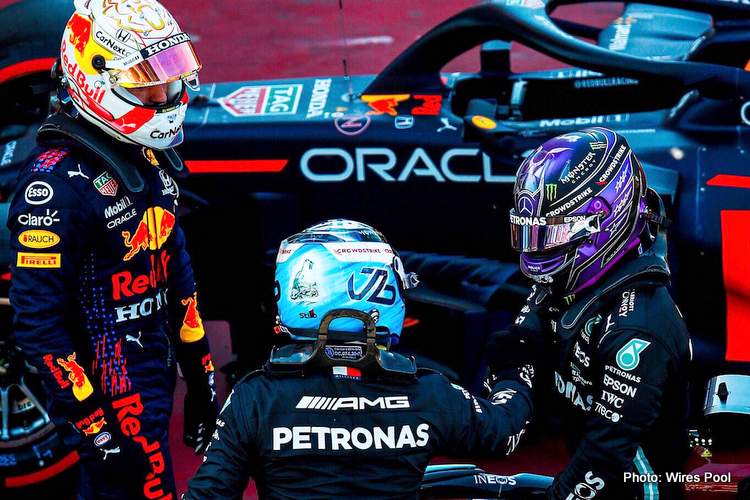 As the flat white with an extra shot warmed my hands on this cold Adelaide winter morning, Lewis Hamilton’s statement that I was reading had as much impact on me as did the soothing aroma of the freshly ground coffee.

“Valtteri is my team now and we’ve both of us had our ups and downs in our careers,” he said. “But as I said, I think he is a fantastic teammate and I don’t necessarily see that it needs to change.”

At a time when the top feeders of the Formula 1 media juggernaut are pre-empting the decision of who will indeed be contracted by Mercedes for 2022, Hamilton’s advocacy to retain Bottas is powerful and poignant.

Since joining the Mercedes team after the unexpected retirement of Nico Rosberg at the end of the 2016 season, Valterri Bottas has contested 86 Grands Prix for Mercedes, taken 17 pole positions, nine wins and set 16 fastest laps.

In that period he has scored 1160 F1 world championship points and come 3rd, 5th, 2nd and 2nd in the drivers’ standings and currently sits fifth in this years points table after seven rounds. He has been instrumental in Mercedes winning both championships in every year that he has been with the team.

When contemplating whether Mercedes would replace Bottas, it is important to consider what his key performance indicators with the team might be and whether he is achieving them.

Is Valterri at Mercedes to win races, or is he there to support the overall Mercedes strategy?

At this point in the current season it is clear that Bottas has struggled in comparison to previous years, but so has his teammate, a seven-time F1 World Champion. It should be no surprise that his 2021 struggles have coincided with a design from Mercedes that has obviously been difficult to master.

The competitive advantage both Mercedes drivers experienced in recent seasons no longer exists in 2022.

This season has also been one of unfortunate circumstances for Bottas, and even just plain bad luck, having suffered two retirements at Imola and Monaco.

The wheel-nut failure at Monaco reminds us of how cruel Formula 1 can really be.

In both Spain and more recently France, the media has been critical of Bottas with respect to his support of his teammate and the Mercedes constructors title tilt.

In Spain, it was perceived that Bottas was reluctant to let Hamilton pass on his way to catch Max Verstappen for the win.

Yet, in the Mercedes post-race debrief, the Mercedes Trackside Engineering Director Andrew Shovlin defended Bottas and explained: “Valtteri is in his own race.”

With Lewis in his prime as Mercedes clear number one driver, it would be very reasonable even logical to employ a number two to support his endeavours and be instrumental in winning the F1 Constructors’ Championship.

Toto Wolff has spoken freely to the media about the toll the 2016 battle for the Drivers’ Championship, between Hamilton and Rosberg, took on the team.

He revealed: “If the debriefing room is full of negativity because the two drivers are hostile with each other, then that will spill over into the energy into the room and that is not something I will ever allow again.”

The 2020 “George Russell Experiment” at Sakhir not only confirmed the 23-year-old’s talent and ability, but it also clearly demonstrated his desire to stamp his authority on the team.

Russell is not just a future F1 World Champion, he is a team leader and it is questionable if pairing him with a multiple world champion and established team leader (eg. Hamilton) will be conducive not only to his own development but also Mercedes’ ambition of more titles

It could end in tears.

At the 2018 Hungarian Grand Prix Valterri Bottas was key to Lewis Hamilton beating Sebastian Vettel to victory and in the debrief Toto Wolff told the media that Bottas was a “sensational wingman” and I don’t think that has changed.