Binotto: We should’ve addressed the problem two-years ago 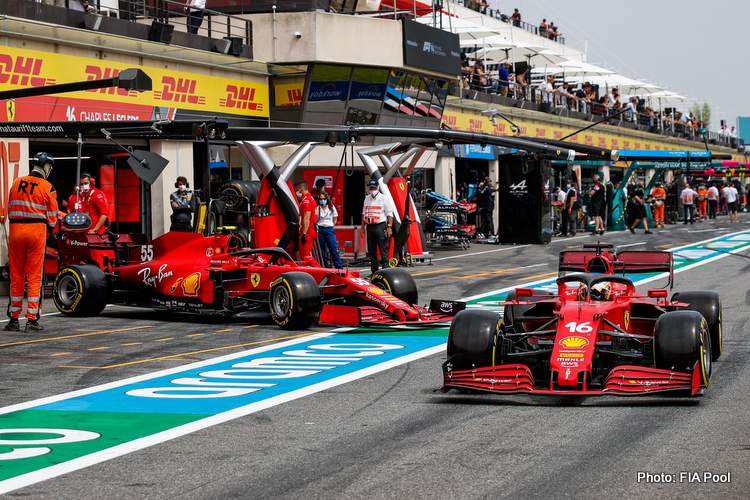 Ferrari boss Mattia Binotto said he had few words to describe his team’s disappointing 2021 French Grand Prix, a point-less weekend for the Reds but did find the time to dig a two-year-old excuse from his growing archive of self-absolutions.

Tifosi were warned that Paul Ricard Circuit would not be kind to them and indeed it was not as neither car finished in the point; Carlos Sainz only good for 11th and Charles Leclerc 16th. A woeful weekend for the once mightiest team.

Binotto without apparent responsibility of accountability continues to make excuses for the inept team he is now charged to lead on his own, and the consequences are alarming if Red is the colour you fly.

Speaking to reporters after a dismal weekend in which their championship rivals, McLaren were Best of the Rest in fourth and fifth, Binotto admitted: “I don’t have much to say.

“A very tiring and difficult race for us today. We have not been able to get the tyres working as we should have done and I think our performance was really struggling with the tyres.

“I don’t think it’s reflective of the true pace of the car or the performance itself but it’s something we need to learn and address, not in the immediate future but in the medium and long-term.”

Ferrari surprised all including themselves with the pace they had at Monaco and also Baku, but the nature of the power-hungry circuit at Le Castellet, with its long straights, Ferrari were well lacking.

But no surprise to Binotto and his men: “We knew this circuit would be difficult. High-speed corners where you are putting a lot of energy into the tyres, hot conditions.”

Then the team boss went on to shed light on a two-year-old excuse he conjured: “If you are looking at two years ago again, we were really struggling here so I think that these are our car characteristics. It’s not a track that’s suiting us well.

“But in the end, it’s two years ago we had the problem. We should have addressed it, it’s not yet the case so it’s why looking at the future is important to use to learn the lessons, to sort it.

“For us, it is more important to understand and to address it definitely for next year. The main worry for us is it will happen at more races, but not at all tracks. We need to prepare ourselves for this situation,” added Binotto.

This translates to: Ferrari simply don’t know what’s wrong with their car or how to fix it and we won’t because we are focussed on not building another lemon for 2022.

Proof of the confusion is that both their drivers were perplexed by the way their cars fell off the cliff oN Sunday, with Charles Leclerc reporting after the race: “We really need to understand why, as with both cars we’ve been struggling massively, dropping massively

“The pace is there the first two laps on the tyres and then everyone keeps going on this pace and both of our cars are starting to drop. That’s where we need to work out at the moment and we really need to understand this issue,” insisted Leclerc.

Sainz was equally baffled: “Right from the laps to the grid, and honestly, the race pace from Lap 1 wasn’t there and we were degrading the tyres massively.”

“It’s something I haven’t experienced before and it’s something that we really need to understand as it’s quite evident that in some of these Sunday conditions, we are not treating the tyres very well and we are going backwards,” explained Sainz.