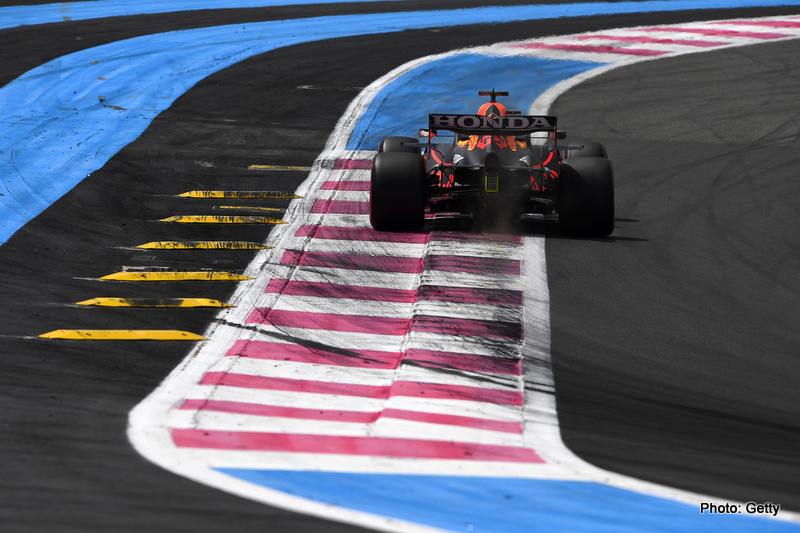 In a session that took a while to get going as the frontrunners remained sat in the garage during early stages, it was Verstappen who dominated proceedings, with the Dutchman now firm favourite to take pole position.

The Red Bull man finished up 0.747 seconds clear of Bottas after setting a 1.31.300, with the Finn once again quicker than teammate Lewis Hamilton, who was only fifth.

Carlos Sainz was third, the Ferrari man appearing comfortable around the Paul Ricard circuit in his SF21. The Spaniard set a fastest time of 1.32.195.

Sergio Perez finished fourth, just clear of Hamilton, while Lando Norris enjoyed his best session of the weekend so far in sixth.

Fernando Alonso and Esteban Ocon continued Alpine’s positive start as they ended FP3 in seventh and eighth respectively, with Frenchman Pierre Gasly ninth ahead of his home race.

Daniel Ricciardo rounded out the top 10, the Australian desperate for a positive result after a difficult start to life with McLaren.

Charles Leclerc was 11th, the Monegasque driver cut adrift from teammate Sainz. However, Leclerc has shown his qualifying pedigree time and again and should not be ruled out of a strong showing come 3pm local time.

George Russell was 16th, ahead of Yuki Tsunoda in 17th, teammate Nicholas Latifi in 18th and Mick Schumacher in 19th.

Nikita Mazepin burned through a set of the red-striped soft tyres after an early spin, with the Haas driver finishing the session at the rear of the field. 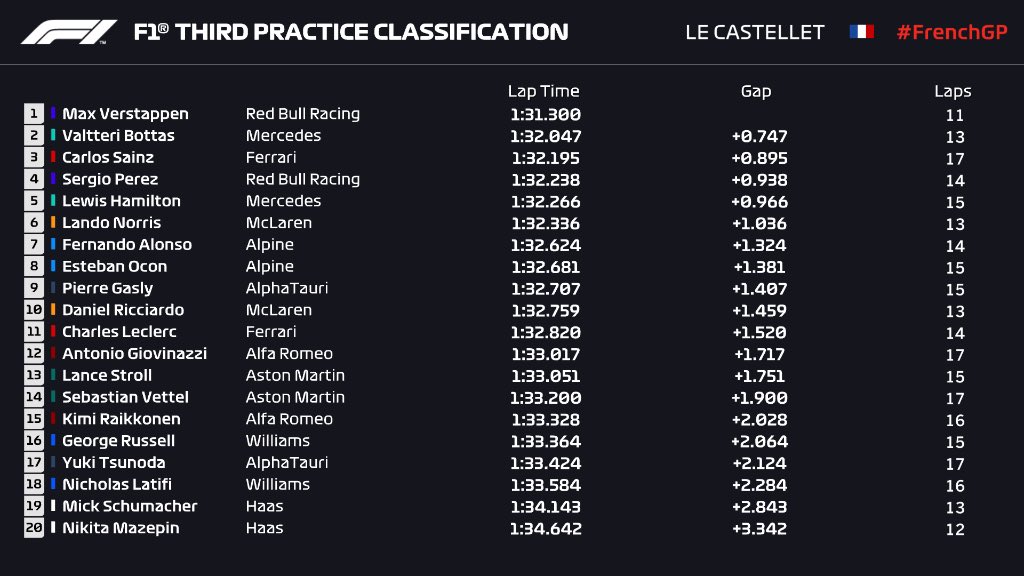