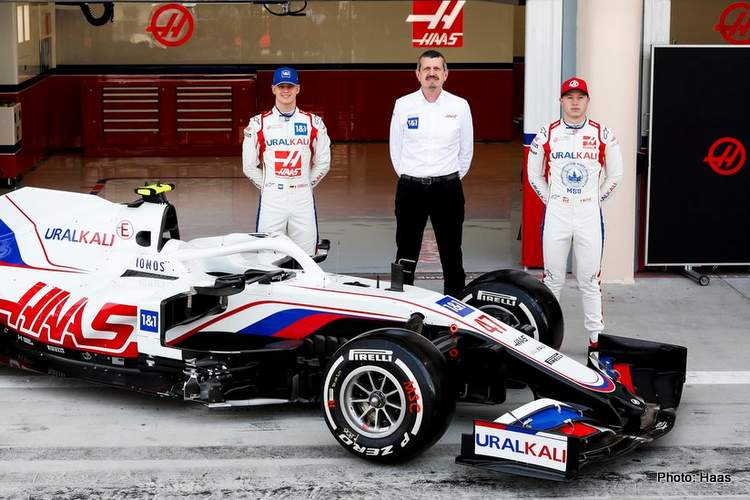 Even with the Haas F1 team on the grid, for too long Formula 1 has missed a trick not using the USA as a talent pool for drivers, without an American driver in a top team a huge market remains untapped.

Add to that, even with F1 owned by Americans – a project to synergise with Indycar, even Indy Lights, with youth programmes etc. to unearth talent – has not been forthcoming.

However, with the advent of Miami on the F1 calendar, coupled to the COTA round, the time is riper than ever to look around the Indycar paddock for a young hotshot amid an impressive class of young guns emerging in the country’s premier open-wheel series.

This begs the question: what is Haas F1 team, sponsored by a Russian billionaire and led by Austrian Guenther Steiner doing to nurture US drivers?

“We are always looking. I speak with Stefano [Domenicali] about it what could be done and what couldn’t be done and we try to make a plan for the future. I think it needs to be something, not immediate but short-term. It will come.

“We just need to be patient. There are a few guys in Formula 3 who look promising and let’s see what can be done,” added Steiner.

Haas have hardly embraced the  Stars & Stripes theme since they began their F1 adventure, inexplicably unable or unwilling (or both) to cultivate American backers for the dream, with Gene Haas apparently disheartened to the point of disinterest in the project. Ditto American fans.

No surprise there as they are currently the worst team in the grid, with two rookie drivers in Mick Schumacher and Nikita Mazepin struggling abysmally at the back of the pack, not only with a woeful car but also questionable leadership, lack of resources and no light at the end of the tunnel.

Is that a “For Sale” sign on Haas F1 team door?

Jokes aside, hardly the outfit one would put an up-and-coming American driver into because he would be invisible and irrelevant, as the current two lads are and as were their very experienced predecessors, Romain Grosjean and Kevin Magnussen.

Clearly placing a talent such as (for example) Colton Herta in the mess that is Haas currently would be counterproductive and negative if the goal is to seriously captivate the US audience.

Marussia in 2015 was what Haas is today. At the time, they gave Alexander Rossi five insignificant and forgettable starts in F1 which hardly paved the way for more such ‘experiments’ with Stateside drivers.

The reality is that in today’s landscape, for the USA to awaken to F1 as they have so much potential to do, a homegrown talent needs to be at Mercedes, Red Bull or Ferrari – anything less is a waste of time.

Placing an American driver at Haas, in their current woeful state, would be the worst possible tonic for F1’s USA dream.