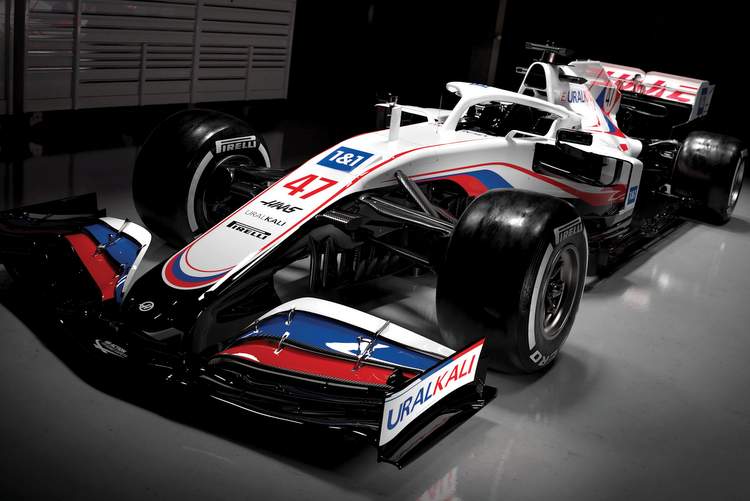 Formula 1’s only American team, Haas have secured a title sponsor from Russia which they revealed today during the launch of the VF21 , to be driven this season by Mick Schumacher and Nikita Mazepin.

The young Russian’s billionaire father Dmitry Mazepin, the big boss of Uralkali, is funding the project to ensure his wayward son has a seat in F1 has a drive in the top flight.

Haas, who never embraced the potential and opportunities of becoming a proper All-American team, have had to go where the money is, and from Russia it comes with love, and of course Mazepin junior.

Nevertheless, Gene Haas, who appears to have lost the spark he might have had for F1, is upbeat according to the team’s launch press release: “I’m very pleased to welcome Uralkali to Formula 1 as title partner to Haas F1 Team. We look forward to representing their brand throughout the season.

“It’s an exciting time for the team with Uralkali coming onboard and having Nikita Mazepin and Mick Schumacher driving for us. It’s definitely a case of all change but I’m hoping that we get back to being in the mix for scoring some points at these races.

“It’s been a tough couple of seasons, but we’ve also got our eye on the bigger picture, in particular 2022 and the implementation of the new regulations,” added Haas.