Villeneuve: Leclerc has only himself to blame 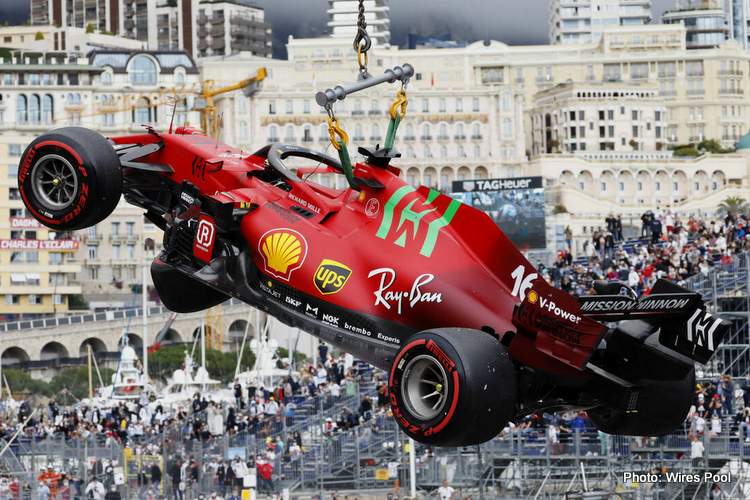 While Ferrari went to great pains to point out that the gearbox failure was not the cause of Charles Leclerc’s DNS at his home Monaco Grand Prix on Sunday, prompting Formula 1 World Champion Jacques Villeneuve to lay the blame squarely on the driver.

It was headline-grabbing stuff, just after going top of the time screens in the final stanza of Qualifying in Monte-Carlo on Saturday, Leclerc binned his Ferrari at the Piscine complex thus preventing a slew of drivers from going faster and giving his team a sleepless night.

They checked the car and gave it a thumbs up for the race. He would ‘start’ his home race from pole, but alas, soon he was back in the pits with a driveshaft issue that went undetected by the Maranello engineers. And the rest is history.

But Villeneuve, speaking to RTBF, put the blame on the driver: “Charles has only himself to blame for crashing into the wall on Saturday. You can’t be sad for him.

“He could also take risks, the car was up for it and might’ve started from pole with a great chance of victory, it is Monaco after all. It’s a bit of a lottery. The surprising thing is that it was not the gearbox that betrayed him but was still crash-related.

Leclerc defended his actions: “I drove to try to get pole which in the past has often been my strength, hitting particularly high-performance in qualifying and that’s why I had the accident. But this episode won’t change my approach to future races.”

Villeneuve was not alone in his assessment of Leclerc’s enforced no show; Sky F1 pundit Matin Brundle noted: “Charles can sometimes drive sensational laps, but he also keeps making mistakes from time to time. This one really hurt.”

For Ferrari, the pain was lifted by Carlos Sainz finishing second. The Spaniard continues to rise in stature within the team, showing maturity and a fighting spirit that is fast making him a Maranello hit.

This is the time for Leclerc will need to raise his game sooner rather than later and eliminate costly mistakes such as the one he made on his neighbourhood streets.