Verstappen: We need to find a solution on track limits 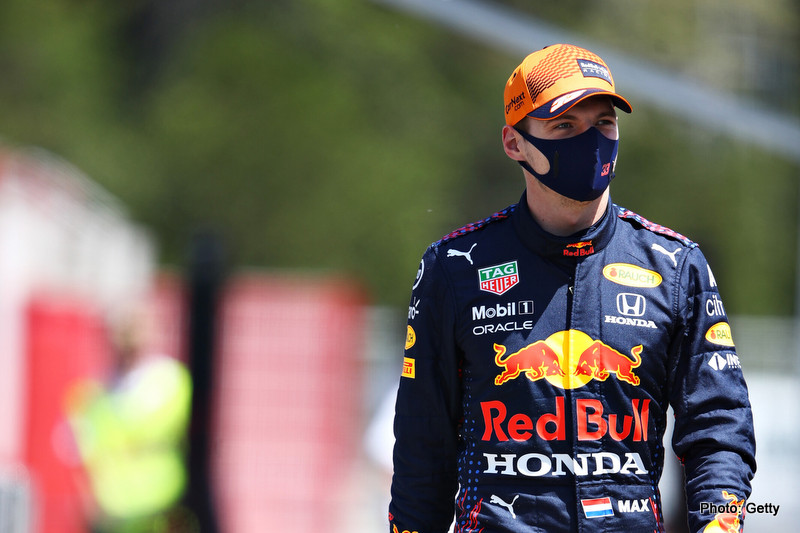 Max Verstappen has called for Formula 1 to “find a solution” over track limits, with the Dutchman falling foul of the rules on a couple of occasions already this season.

Verstappen set the fastest time in Q3 ahead of the Portuguese Grand Prix only for his lap to be deleted due to his Red Bull exceeding track limits, resulting in him starting on the second row.

He then faced a similar fate when going for the fastest lap during the race, costing him a point, while the Red Bull driver was forced to give the lead back to Lewis Hamilton at the Bahrain Grand Prix after completing a pass on the reigning champion while off the track.

Red Bull team principal Christian Horner said following the Portuguese Grand Prix that track limits have been “brutal” for the team so far this season and Verstappen has now called for a solution that cuts out the “confusing” nature of the existing rules.

“Some tracks are just a bit more difficult to police really with track limits but I think we do need to find a solution,” he said. “Of course I understand some tracks we race together with MotoGP and of course they want a bit different kerbs to what we like.

“But I think we need a middle way that works for both. With our cornering speed basically we can abuse the whole track with the grip we have with the cars, which just makes it really difficult sometimes to really judge proper track limits.

“From my side, I think we should try and put a bit more gravel in place but then sometimes that’s not what tracks want. With track days you have people go off and the gravel comes on track and they need to clean it, and it costs money to put it back in place.

“It is sometimes a bit confusing also from the outside where some places you run on the kerb, some places are policed on the right line. I think we can make it a lot better by making sure there is a hard limit where you go off a kerb or whatever.”

Track limits will be monitored at Turn 1, 2, 13, 14 and 15 at the Circuit de Barcelona-Catalunya this weekend, the venue of the Spanish Grand Prix.