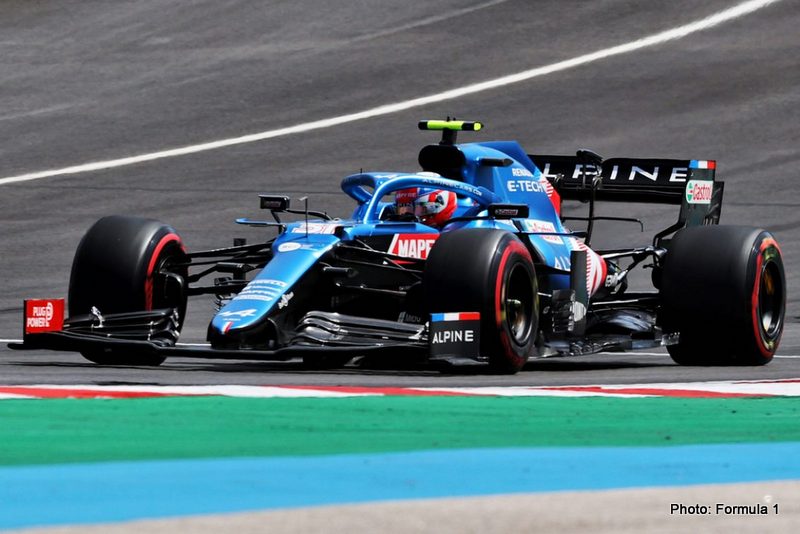 Esteban Ocon said that Alpine are looking to “keep the momentum going” at the Spanish Grand Prix after a promising return to form in Portimao.

The freshly rebadged Enstone outfit had looked out of the running for the best of the rest places during the opening two races of the season, picking up just two points in the process, but were far more competitive at the Algarve International Circuit last weekend, with Ocon and teammate Fernando Alonso seventh and eighth respectively.

Alonso remarked after the race that it was the most comfortable he had felt in the car since his return to Formula 1, although he was unsure about he had struggled to extract the most from it during qualifying.

Nonetheless, both drivers impressed during the race and helped the team jump up into fifth in the constructors’ championship.

“It’s always hard work – nothing’s easy in Formula 1 – but now we are pretty pleased with the weekend and how it went,” Ocon said. “Two cars in the points as well, seventh and eighth for me and Fernando.

“We are fighting with Ferraris and McLarens. They were still a little bit too fast for us overall but it’s good progress, we have to keep going, and we will.”

Looking ahead to the Spanish Grand Prix, Ocon admitted that the new circuit meant predicting their performance level was difficult.

“We want to keep the momentum going and score more points,” he added.

“We know next week will be different, but we aim to continue the progress, keep the level of speed and I’m looking forward to it.”