Sainz: I think it is very tight between Ferrari and McLaren 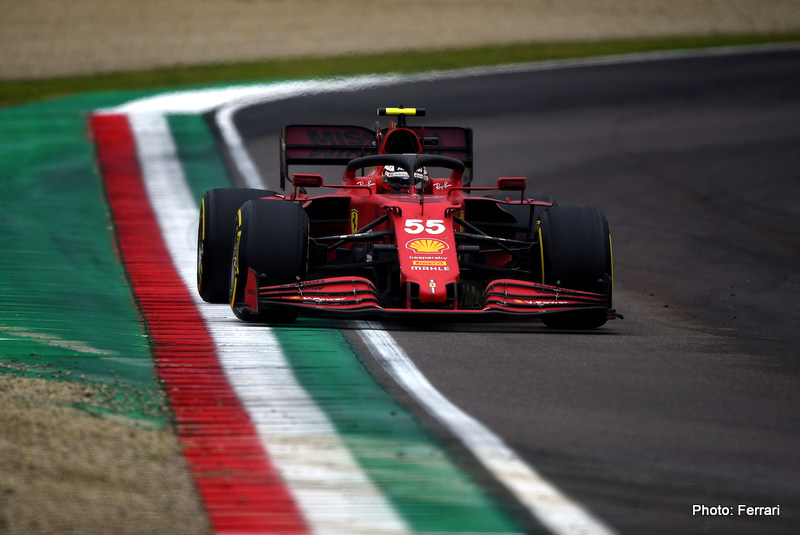 Carlos Sainz believes that the battle between McLaren and Ferrari is “very tight” following a promising Emilia Romagna Grand Prix for both outfits.

McLaren secured their first podium of the season at Imola through Lando Norris, who finished third, while Ferrari earned fourth and fifth places finishes with Charles Leclerc and Sainz respectively.

The teams are likely to be in the fight for the “best of the race” slot behind Mercedes and Red Bull, and potentially alongside AlphaTauri, but appear to have a decent margin to Aston Martin and Alpine at this stage.

Speaking after another points finish on just his second race for Ferrari, Sainz said that he felt McLaren have had the “upper hand” in the first two races of the year, but expects Ferrari to be the quicker team when the Formula 1 season arrives at “a track that maybe favours us”.

“I think it is very tight, honestly,” he said. “It is very difficult to pick from.

“I think the McLaren has its strengths and its weaknesses. But what makes it a really nice fight is that we are quick in very different places on the track and that makes it a very fun battle.

“It looked like in Imola, Lando did a very good job of exploiting the whole car potential, and he was on it the whole weekend especially from Saturday onwards, and he did a good race.

“Maybe they had a bit of the upper hand this weekend, and they had the upper hand, a tiny bit, the last two weekends, but as soon as we do a very good weekend and we go to a track that maybe favours us, I think we can be ahead.”