Marko: It was a very stupid mistake by Tsunoda 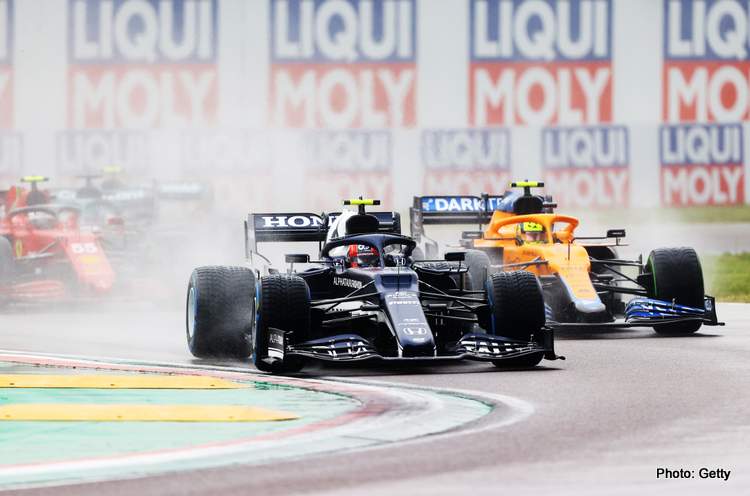 Helmut Marko did not mince his words when he assessed Yuki Tsunoda’s 2021 Emilia Romagna Grand Prix weekend, in the wake of the Alpha Tauri rookie crashing out of Q1 in qualifying on Saturday and compromising his race.

Three weeks earlier, in Bahrain Tsunoda wowed all wi but at Imola, they nosedived as he crashed down to earth when he speared the wall during his first qualifying run.

Red Bull’s driver manager Marko was not impressed with Tsunoda’s mishap and told media after the race: “Yuki had a fast car in his hands, which would certainly have allowed him to reach Q3 in qualifying.

“It was a very stupid mistake and you can’t minimize it. I talked to Yuki after the race and he understood. He was at times very in the first sector, but that doesn’t mean anything. He was simply impatient,” insisted Marko.

Tsunoda put his hand up and admitted: “The crash today in Qualifying was my mistake and I want to apologise to the team – I was pushing too hard into the entry of the chicane and just couldn’t control the car after that.”

That impatience meant a back of the grid start for Tsunoda, in trying conditions on a wet track that dried in the race, it was a proper baptism of fire for the driver in only his second F1 race.

A spin after red-flag did him few favours on Sunday and he said as much in the team report: “I’m very disappointed with myself and I just want to say sorry to the team. It’s a real shame that I spun after the red flag, up until that point I think the race was going pretty well and the pace was really good.

“This was the first time I’ve been in a Formula 1 car in the wet and I learnt you have to be so careful, especially with acceleration. Starting on the intermediate tyre during the rainy conditions made it even more difficult but it was a great opportunity for me to understand more how the compounds work in different conditions.

“I think points could have been on the table for me here today but it’s all a learning curve and I’ll take this experience with me to the next race,” added Tsunoda who crossed the line 12th on a day when points were very much his for the taking had he been less lead-footed at the wrong time.

On the bright side, Yuki was easily the best rookie on the day, the two others were a couple of laps behind. Both Mick Schumacher and Nikita Mazepin had their fair share of mishaps in the hopeless (dangerous?) Haas.

In contrast, in the other AlphaTauri, Pierre Gasly was a superb fifth in qualifying but a gamble on full wets at the start of the race proved to be wrong. When it was clear they had erred on strategy, AlphaTauri failed to react and kept their leading car out far too long on ineffective rubber.

It cost them, as fifth on the grid could only be converted into seventh at the end of the race, on a day when a whiff of a podium was in the air if only Gasly and AlphaTauri had found the mojo that famously won them the race at Monza last year.