Andretti: Keep politics out of Formula 1 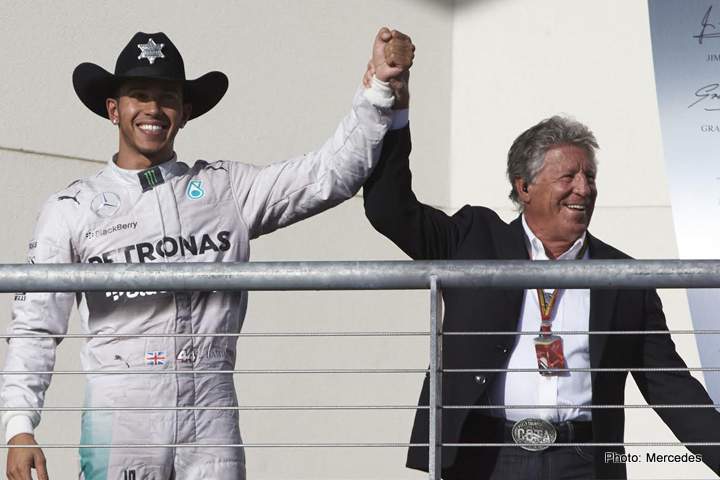 Motor racing legend Mario Andretti is against sports being used as a political tool, thus suggesting Lewis Hamilton should stop using Formula 1 as a platform to launch and promote his personal beliefs.

The American, 1978 F1 World Champion, has huge respect for Hamilton as a race driver and considers the Mercedes F1 driver “without a doubt” one of the greatest in the sport.

However, the high-profile political activism that the Briton brought to the centre stage of F1 does not sit well with the American, “I’ve already expressed my opinion on this and was criticized for it… but I don’t like to see politics in sport.

“The great thing about the Olympics is that teams from all over the world come together to compete. They are all the same and all have the same goal. Either you win or you don’t, no matter what your background,” said the 81-year-old during an interview on Starting Grid podcast.

“Bringing in politics, as has been the case, divides people. We have seen that in the United States. If you say something that is a little bit questionable, the arguments start right away. I don’t like it when we mix the two. F1 should remain pure sport.

“Yes, we all have our values but trying to push our own agenda? I don’t know. I think politics has its own place and I’d prefer it if stays out of sport,” added Andretti.

Hamilton’s widely-covered actions last year during Grand Prix weekends created waves throughout the paddock, dividing even the drivers, some of whom took the knee while others did not.

However, he did acknowledge in a recent interview that he realised diplomacy might serve him better in the future.

Furthermore, F1 listened and launched the #WeRaceAsOne initiative in June last year, stating: “We want to show that as a sporting community we stand united against racism and we will do more to address inequality and diversity in F1.