Seidl: It was encouraging to see we had the third-best car 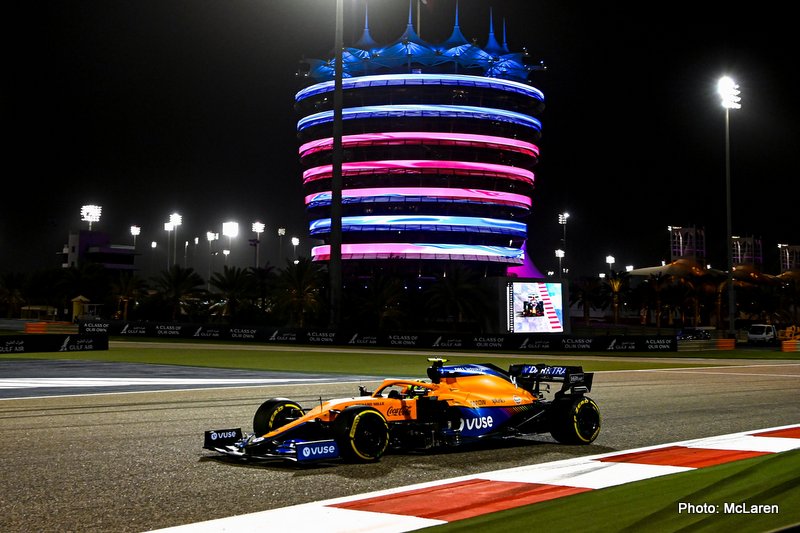 Andreas Seidl has said it was “encouraging” to see that McLaren had the third-best car during the last weekend’s Formula 1 Bahrain Grand Prix.

McLaren came away from the opening race of the season with an impressive points haul as Lando Norris and Daniel Ricciardo finished fourth and seventh respectively.

Norris was particularly impressive, passing his teammate on the opening lap, before running a very mature race to finish as the best of the rest, while also ahead of Red Bull driver Sergio Perez who started at the back of the grid.

Looking back on the team’s first Grand Prix since moving from Renault to Mercedes power-units, Seidl said that they had “made a good step” compared to the front-running teams.

“It was encouraging to see that if we look at Lando’s race, we had the third-best car,” he said.

“What was also encouraging to see was that if you look at the gap between Lando and Lewis, who had a pretty much flat-out race, it was only about 45 seconds.

“That again confirms we have made a good step forward compared to these top guys over the winter. As I have said many times, this is key to getting back to the front in the future.”

While Aston Martin and Alpine got off to poor starts following their winter rebrands, Ferrari look to have improved and Seidl warned that his team could not get complacent in the hunt for a second consecutive third place finish in the constructors’ championship.

“At the same time, we have to acknowledge that we have strong competition that also made good steps forward,” he added.

“That is the bigger picture and we need to make sure we simply don’t get carried away from that result and we keep working hard to bring more updates to the car to make sure we stay in this battle.”