Webber: How many bullets does Vettel have left? 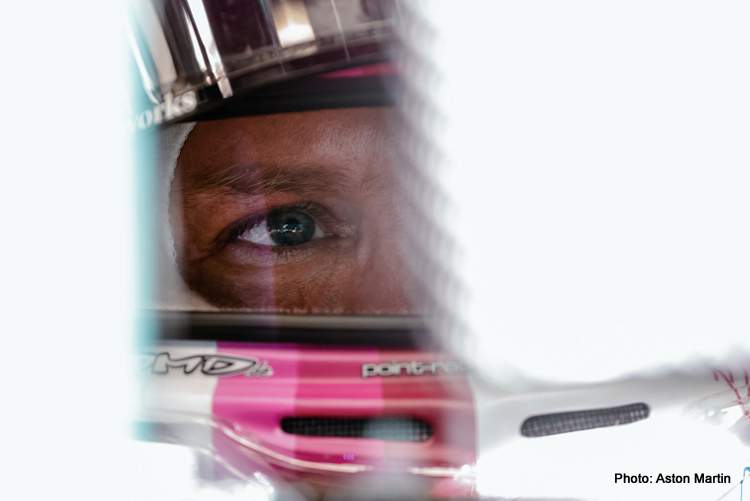 Sebastian Vettel’s woeful weekend at the 2021 Formula 1 season-opening Bahrain Grand Prix won’t go away, many pundits questioning how much longer can the spiral continue among them Mark Webber, David Coulthard and Gerhard Berger.

That is some heavy hitters concerned about the abysmal form that has struck the four-time F1 World Champion, an awful streak that stretches back to 2018 when he prnaged out of a comfortable lead at his home race at Hockenheim.

Since then the list of self-inflicted errors, screeching matches and shunts continue to grow, at Sakhir he was the least comfortable of the drivers that had changed teams between last year and this.

He was like an errant rookie in qualifying, confined to the back of the grid for failing to abort his flying lap under yellows; 24-hours later he crashed into the back of Esteban Ocon, a glaring mistake that he instinctively tried to pin on the Alpine driver. He was wrong and later apologised to the Frenchman.

Webber, who was Seb’s teammate for five years at Red Bull knows a thing or two about the German, said of the move to Aston Martin and the Bahrain performance On The Marbles podcast: “I’m a bit nervous, I must say. How many bullets has he got left in his magazine? I don’t know.

“I think he’ll enjoy the environment, there’s no question about that. He will enjoy not being at Maranello and being in the English vibe, he has always enjoyed that, I know that for a fact. What that doesn’t translate to is automatic performance. I think he’s going to enjoy himself more, I don’t know how it’s going to go on the stopwatch and the stopwatch is what F1’s all about.

“If he’s sub-par, and let’s be honest he’s not at the start of his career if you’re mid-pack, and I don’t care what colour the car is, whether you’ve changed team or whatever, mid-pack is still mid-pack and he’s not a mid-pack guy.

“And the team are not serial winners yet, they haven’t got the intensity about them, they’re on a journey. Yes, he’s on that, he’s going to understand that but how is that going to go for his juices in terms of motivation and momentum? I’m really nervous.” added the straight-talking Aussie.

David Coulthard, who Vettel replaced at Red Bull in 2009, is of a similar opinion: “I don’t see how he is going to rediscover his mojo. He is an asset for the team in terms of experience, a safe pair of hands in terms of bringing the car home but I think once you lose that little bit of speed…

“I do wonder if it’s a part of brand building, not only for Aston Martin but also for Lance Stroll, because if he can beat a four-time F1 World Champion that will become a justification for why he’s a champion in waiting.

“If he does to Seb what Charles did to Seb, then I just don’t see how [Seb] can finish this season,” ventured the Scot, a 13time Grand Prix winner and F1 elder statesman.

Gerhard Berger, Vettel’s team boss at Toro Rosso back in 2008, recently revealed in a separate podcast: “He has never reacted well under pressure. Remember when Daniel came to Red Bull, was very strong and he put pressure on Sebastian? For Sebastian, it was difficult to cope with it. At Ferrari, it was the same thing.

“I just feel when you watch him, you feel he’s not free. He’s not relaxed enough. He’s trying to prove things that, at this moment, aren’t possible because the car isn’t good enough or his own form isn’t good enough.

“In some way, it just doesn’t work out well for him. He starts to make mistakes and people start to question him. That’s just step-by-step more pressure, and, as I said at the beginning, he doesn’t like pressure,” explained the former F1 driver.