Hamilton to NASCAR in 2022 with Michael Jordan 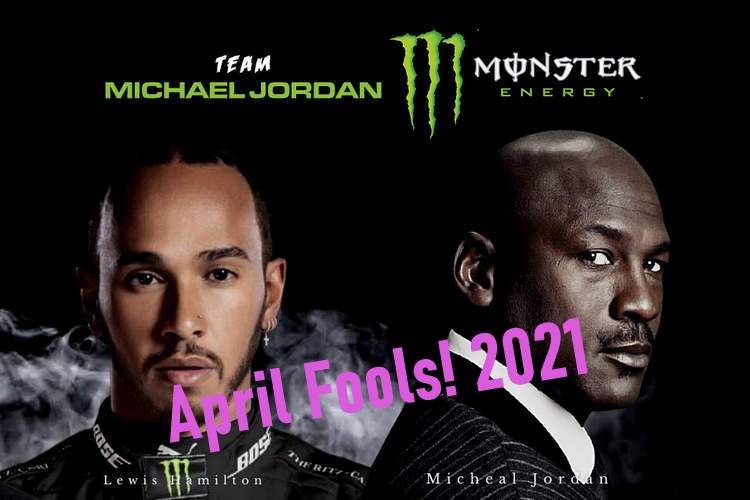 Lewis Hamilton is set to join Michael Jordan’s NASCAR team and Bubba Wallace, as the seven-times Formula 1 World Champion takes on arguably the biggest challenge of his racing career with an announcement expected today.

In what will be one of motorsport’s most sensational ‘defections’ Hamilton will join what will become known as Team Michael Jordan in 2022, with the next Daytona 500 week debut for the team who will run black liveried cars with Monster energy drink as a title sponsor.

NBA legend Jordan is said to have personally contacted Hamilton and convinced the Mercedes driver that he has nothing more to prove in Formula 1 and that his next calling is to join Wallace in tackling NASCAR.

Jordan is also said to be underwriting Hamilton’s $25-million salary from 2022 until the end of 2024, reportedly the length of the first phase of the deal, which means that the basketball legend will ramp up his personal involvement in the project.

For Hamilton, this provides an incentive beyond Formula 1, a project which he can embrace at the end of his final season with Mercedes. The German team have provided the Briton with immense cars and he delivered six titles for them (maybe seven come to the end of 2021) to add to the one he claimed for McLaren in 2008.

According to a source close to the project, Hamilton did not hesitate to sign on the dotted line once Jordan had outlined his ambitions in NASCAR, which include junior teams for disadvantaged drivers, and those of colour, to contest the various feeder series’ that make up the various rosters.

Wallace is expected to welcome Hamilton to the fold, with an intense testing programme on the cards to bring the F1 superstar up to speed, as Jordan insists that it be a team effort to take the outfit forward. For Bubba, it is a partner-in-arms he can do with.

As for a timeline, speculation is that after this evening’s announcement (expected 6pm ET) on NBC by Jordan and Wallace with Hamilton on video conference where they will outline their goals and plans.

Apart from Monster Energy as the title sponsor, it is believed that Hamilton has had talks with Toto Wolff and Mercedes AMG, convincing them to be part of the programme, with technical and financial support before a fully-fledged NASCAR programme for the German manufacturer starting 2023, a year after Hamilton’s first full season Stateside.

For Hamilton, this is a huge change of direction from a sport he has dominated for almost a decade to one where he will start off as a rookie and will have a ton to learn. He will also be running in packs with very equal machinery, something he has not been accustomed to since Mercedes started dominating the sport so ruthlessly.

Nevertheless, Jordan has convinced Hamilton that his business in F1 is done, all records achieved and that the next chapter of his legacy is NASCAR and racing in the USA for at least the next three years, which will suit the Briton who has always been comfortable in a country he regularly visits and where he rubs shoulders with A-listers.

Apart from the abovementioned $25-million per annum deal, Hamilton will be entitled to all the winnings he earns which would add to the reatiner. Word is that Hamilton will donate his race winnings to the worth causes.

But it is clear from the outset that money was not the sweetener used by Jordan to convince Hamilton to take up the challenge, but rather he sold him the NASCAR project as a cause célèbre worth fighting alongside Wallace.

What tipped Hamilton, was Jordan who cited the historic case of NBA player Charles “Chuck” Cooper, Nat “Sweetwater” Clifton and Earl Lloyd, became the first African-American players in the NBA in 1950. They were pioneers who triggered a revolution in sport.

Since then players of colour dominate the hoops, as they do in baseball and American football. Tiger Woods changed the golfing landscape forever, while Hamilton himself became the first black driver to race and win in F1.

Jordan’s dream is to do the same with NASCAR in the long-term. The last frontier it is being called.

This year the team is in a partnership with Joe Gibbs Racing which will morph into Team Michael Jordan starting in 2022 with Hamilton and Wallace in the driving seats; the F1 World Champion set to run #44 on his car.

Jordan has said of his NASCAR ambitions when he signed up to back Wallace: “We don’t sign cheques for losers. I feel like he’s going to learn how to win. He’s got the talent. We would not have invested in him and picked him if he didn’t have the talent to win.

By the end of the year, I think he’s going to have an opportunity, and he probably will win at least a couple of races. If it’s more, I’d be elated,” added Jordan, who will be inking some hefty cheques with Hamilton’s name on it, but one gets the feeling that money is the least of their worries as there will be a queue of backers for this Dream Team.