Michael Jordan: Bubba Wallace has the talent to win 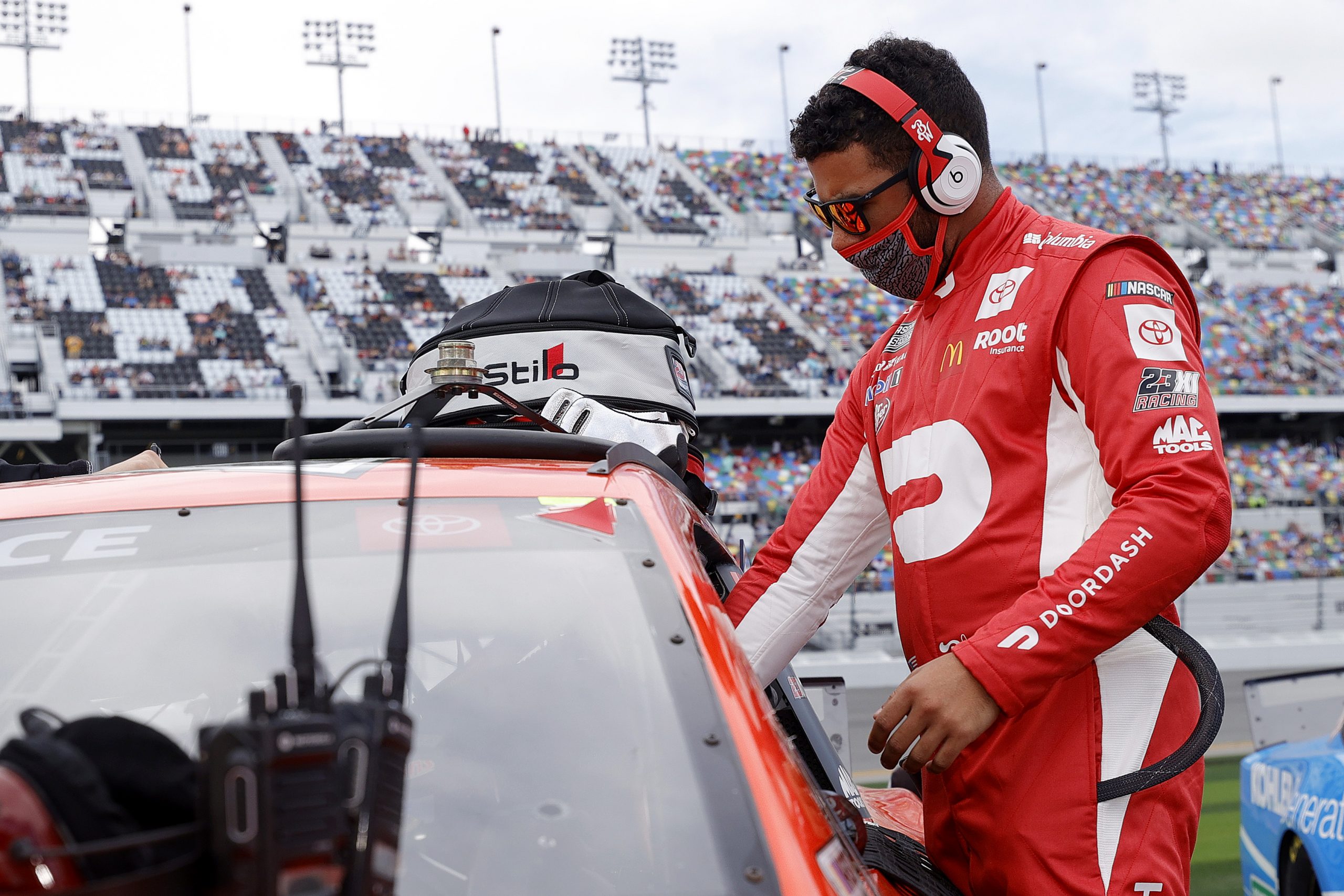 Long-time friends and business partners Denny Hamlin joined forces for 2021 with the launch of their own team, 23XI Racing.

“I’m excited. I’m nervous, even though I’m not getting in the car,” Jordan said.

“When you are getting ready to play a big game, you’re nervous but you’re in control. It’s a different kind of nervous. Nervous when I’m on the court – once again, I can go rebound. I can go shoot. I can play defence. Here, all I can do is cheer.”

Despite his basketball legacy, Jordan, who grew up in North Carolina, also grew up with NASCAR. He described how his father would take the family to races across the country and has been hooked ever since.

Ever since he made it on the big stage in the NBA with the Chicago Bulls, NASCAR ownership has been on the stars mind.

“I’ve thought about it so many different times because I had never seen a black owner or someone of colour that really owned a team or could dictate what happened with their team,” he said.

“Obviously, we haven’t really been prominent in this sport, but the opportunities have never been presented to you.”

Jordan’s driver, Bubba Wallace, rose to prominence last year as a voice for social justice. He was intrinsic to the sports support of Black Lives Matter, the banning of the Confederate flag becoming a target of hate and abuse from many right-wing mouthpieces, sympathisers and cowards.

“I feel like he [Wallace] is going to learn how to win,” Jordan added.

“He’s got the talent. We would not have invested in him if he didn’t have the talent to win. By the end of the year, I think he’s going to have an opportunity and probably win at least a couple of races. If it’s more, I’ll be elated.”