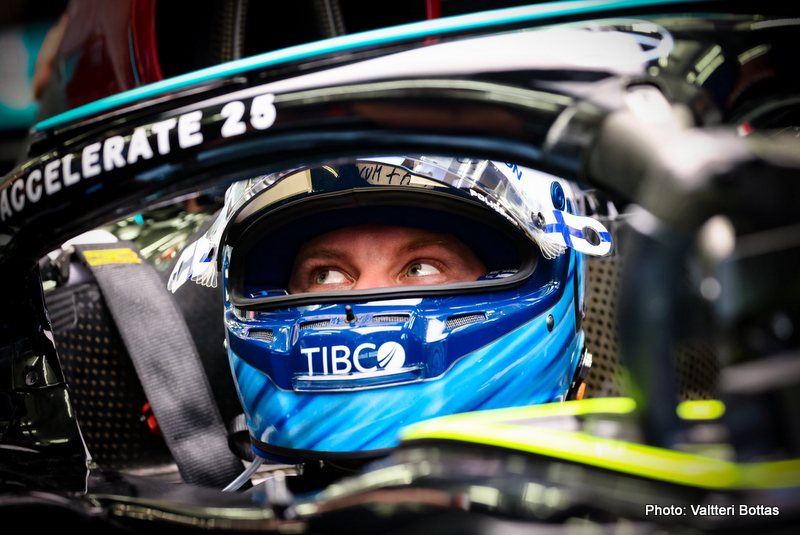 Valtteri Bottas does not appear to be overly enamoured with his Mercedes W12, claiming that the car was “nearly undrivable” during his long runs.

The Finn finished FP1 in third place, before ending FP2 two places back in fifth.

Since pre-season testing there has been plenty of discussion about the pace of the Mercedes relative to Red Bull, and it was the Milton Keynes team that looked strong on the first Friday of the 2021 Formula 1 season.

As Max Verstappen topped both sessions, Bottas and teammate Lewis Hamilton continued to bemoan the balance of their car, while also admitting that the team had made strides since the three-day test.

“First, the car felt better than in testing,” he said. “It felt like we’re still not yet there with the car balance, but it was a trouble-free day and no big issues.

“I think the main thing in my mind is that we have plenty of work to do if we want to fight for the pole this weekend.

“Inconsistency in the balance, especially in the rear-end was one area to work on from testing and in terms of set-up approach, things improved and the car does feel better but it’s not quite yet where we would want it. We still have tonight and tomorrow morning to try and figure it out.”

Although Red Bull appear to have the edge in qualifying trim, Mercedes looked more competitive on the longer runs which the drivers ran in the second half of FP2.

However, Bottas said that he still found the long run tough.

“The last long run we did was pretty difficult,” he added.

“I couldn’t really put any laps together and the car felt nearly undrivable at times. But it’s only Friday and that’s why we do practice. We’re definitely in the mix. McLaren looked strong today, so too Red Bull as expected. I think we are up there – we’re aren’t the fastest but we’re not too far off it. We’ll see tomorrow.”