Bahrain FP2: Verstappen fastest with times tight at the top 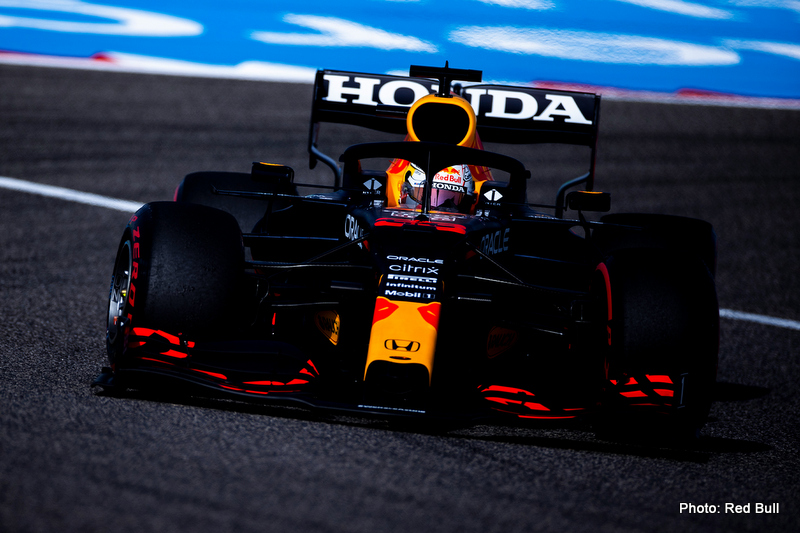 Max Verstappen made it two from two on Friday by posting the fastest lap time in FP2, completing a very promising day for Red Bull.

The Dutchman’s lap time of 1.30.847 saw him just under a tenth clear of Lando Norris for McLaren, with Mercedes driver Lewis Hamilton in third more than two tenths back.

With the evening conditions most similar to those in which the drivers will qualify on Saturday, the teams spent the early part of the session running low-fuel, soft-tyre qualifying simulations.

The reduced session time, from 90 minutes to one hour, meant the track was much busier than in past FP2 sessions, and the contenders spent the last 30 minutes of the day conducting their long runs.

On long run pace, the picture looks incredibly tight, with Hamilton, Verstappen, Sergio Perez and Valtteri Bottas only separated by around half a second.

McLaren were slightly adrift on race pace, but they look to be a real threat in terms of their one lap speed, with Norris second in both Friday sessions.

Carlos Sainz had another very solid session for Ferrari in fourth, with Bottas fifth and Daniel Ricciardo sixth. Sainz was ahead of teammate Charles Leclerc, with the Monegasque finishing the day in 12th.

The ever impressive Yuki Tsunoda was seventh, with his best time of the day less than half a second back from the pace setter Verstappen.

Lance Stroll was eighth, in some better news for Aston Martin who had looked to be struggling early on, while Pierre Gasly and Perez rounded out the top 10.

Antonio Giovinazzi was 13th for Alfa Romeo, who look to have pulled away from Haas and Williams, while Sebastian Vettel was 14th. The four-time world champion does not yet look fully comfortable in his new car, but will have been encouraged to see his teammate posting a more competitive lap time on the soft tyres.

Kimi Raikkonen, who ended the day 16th, lost his front wing in the early going after he went off the track at Turn 2. Despite making contact with the wall, the Finn managed to get his C41 back to the pits.

Our first casualty of the barriers in 2021 🤕

George Russell set a best time of 1.32.331, which was only good enough for 17th, but the young British racer was much closer to the midfield than he had been in the morning session.

Mick Schumacher was 18th, ahead of Nicholas Latifi in 19th and Nikita Mazepin in 20th. 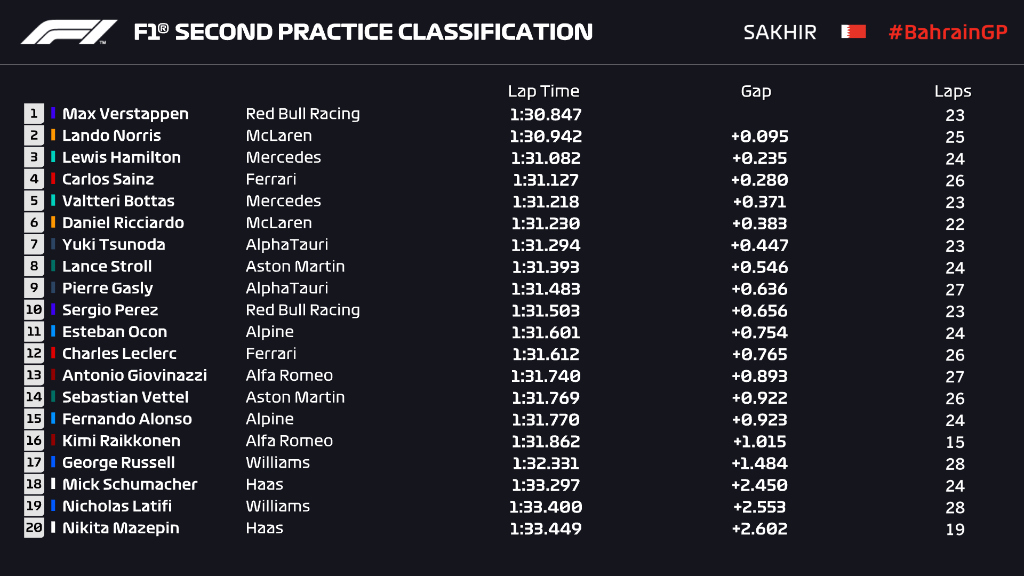 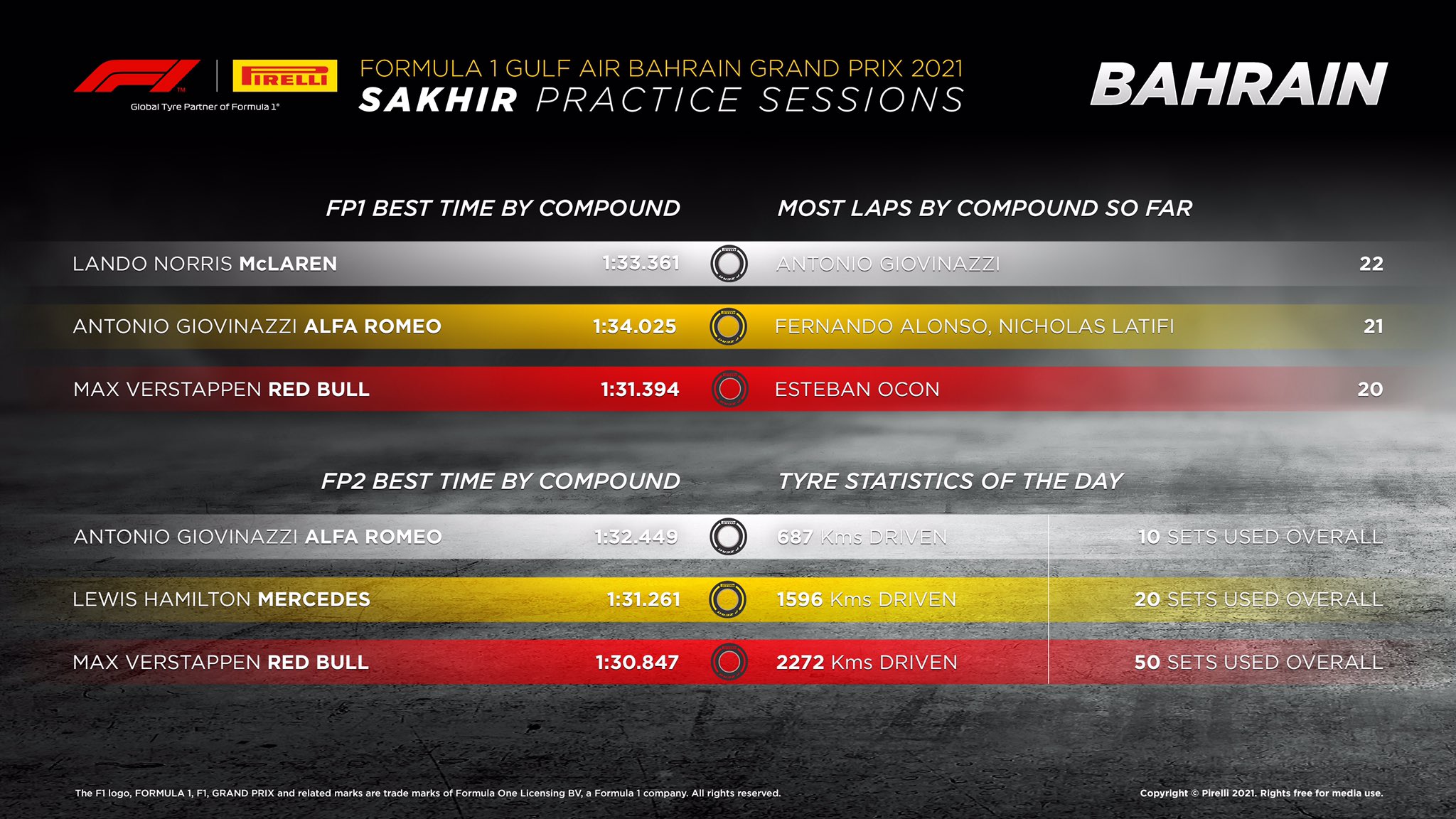